No, That Wasn't a Tornado That Touched Down in San Antonio, the Weather Service Reports 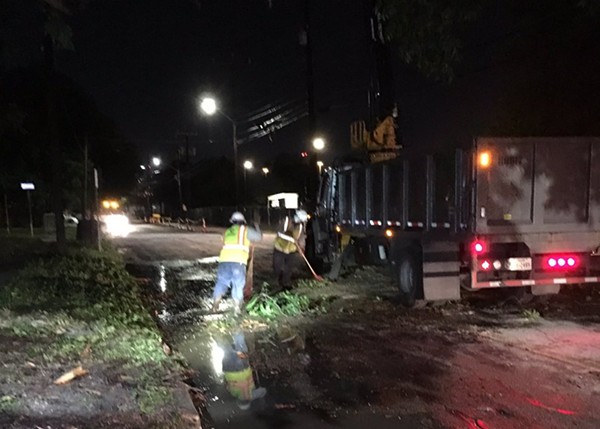 Parts of San Antonio may look like a tornado whipped through Thursday evening, but the National Weather Service attributed the damage to straight line winds.

“Based on radar data, we don’t suspect that there was any tornadic activity with the storms that rolled through San Antonio Thursday, just very intense straight line winds in excess of 50 miles an hour,” NWS meteorologist Ethan Williams told KSAT-12.

While some residents posted social media photos of clouds that resembled tornados, Williams told KSAT the formations were most likely rapidly condensing air being lifted before the storm's onset.

Firefighters received some 478 service calls during the storm, according to a MySanAntonio report. Those calls included 133 responses to downed power lines, three fires caused by lightning strikes and one water rescue.