Not a killer fish, charcuterie is hand-made treats for carnivores 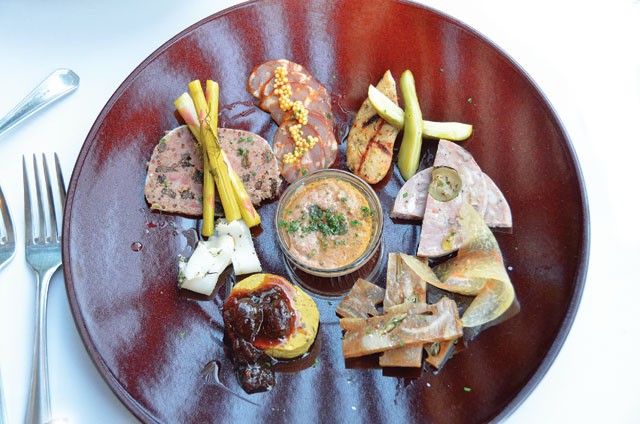 During the worst years of the recession, chef-driven restaurants dropped like flies in the hardest-hit regions; bereft of the corporate credit cards that fueled the party, fine dining was declared dead. Dining clubs with waiters in livery performing synchronized serving shuttered their doors (or dimmed the lights to avoid envy), and a new populism came in vogue. By 2009, hotel chefs were serving deluxe variants on mac n' cheese in an effort to portray an appropriate humbleness, while fashion designers concocted fake work jackets that cost a bundle, but could pass for a Carhartt at a distance.

Coming out of the bad times, home cooking quotes have become vital to the New-New American cuisine, but even back in the darkest hours, dreams of Europe persisted, and a resurgence in chef-made charcuterie has gained speed. The art, which encompasses the making of sausage, bacon, head cheese, and the like, arose as a way to preserve meat before refrigeration, using salt, smoke, and controlled aging as agents. It often uses parts of the animal that would otherwise be thrown out, and so is known as the "fifth-quarter." Though what began as country frugality developed items like terrines and pâté that are now associated with haute-cuisine, the practice still celebrates the refusal to waste — a statement of principles that encompasses devotion to tradition, and no small amount of culinary skill.