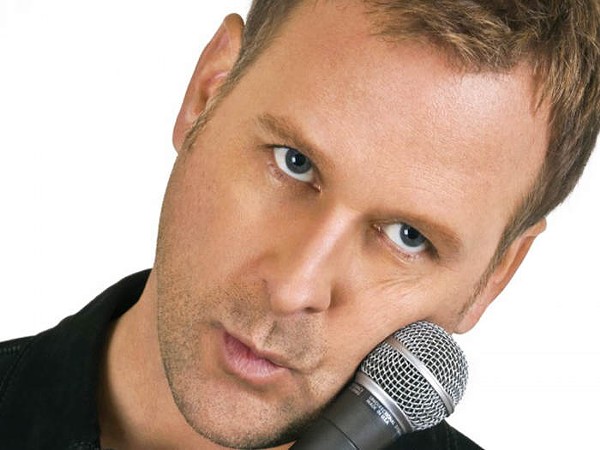 Dave Coulier, who famously played Joey Gladstone on Full House is in town for the weekend. Coulier will finish off his stop in San Antonio after performing Saturday, June 7 and Sunday, June 8 at Laugh Out Loud Comedy Club.

The former Uncle Joey began his stay in San Antonio with a late Friday night performance, and let's just say things got a little awkward.

While concluding his set, Coulier began to interact with the audience. After poking fun at their lack of enthusiasm the comic asked the audience, "You guys must be thinking about where you're going to go eat after. So where are we going?" Of course, the kind fans of San Antonio were able to offer Coulier several suggestions of where to grab a bite to eat not only after the show, but for the entire stay. These included:

1. Chacho's: Chacho's was the first suggestion tossed in the comic's direction. There would be more written on Coulier's reaction to the award-winning restaurant, but after merely hearing the name Uncle Joey remarked, "That just sounds disgusting," and moved on.

2. Mama Margie's: After the comic dismissed Chacho's, the audience then suggested Mama Margie's. The restaurant, which has served the San Antonio area for over 20 years, was also poo-pooped by Coulier. Maybe the man has something against Mexican food? Maybe Kimmy Gibbler did something to his tacos once? I guess we'll never know why he has something against San Anto's bread and butter, or in this case tortillas and butter, but his insistence on referring to the place as "Mama Margarine's" sure enough proves that he does. Coulier then proceeded to insert unoriginal fat jokes for the next minute. Yawn.

3. Whataburger: When Coulier was finished with that, the audience then offered up Whataburger. I thought, possibly Dave Coulier just doesn't like Mexican food, but there would be no way he wouldn't be up to try some Whataburger. Wrong. Texan's expect a foreigner to mispronounce the legendary chain; perhaps they might call it "Waterburger." That would be completely acceptable and understandable. But when a comic makes the "pun" "Whatadiarrhea" and claims that, "it sounds like that food came out of toilet", well then the crickets come out. It's all fun and games until someone makes a bad pun.

It'll be a long weekend for Dave Coulier if he doesn't find any good food to eat, and the audience's suggestions are just as good as anywhere. Stop judging your food by its name, Dave. Cut. It. Out.