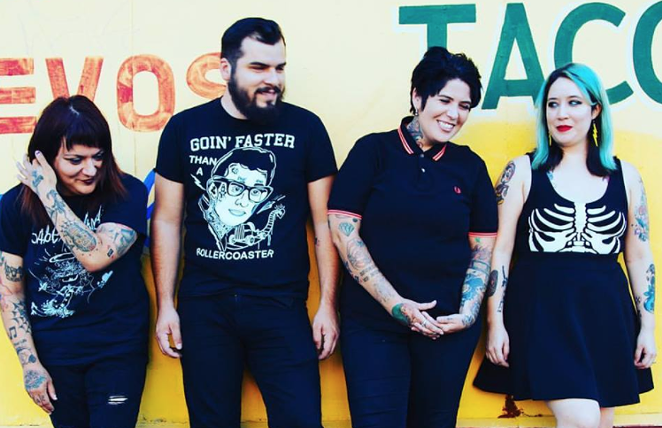 NPR Music released their annual Top 100 Songs of 2016 and we were more than pleased to see San Antonio natives FEA come in at No. 79 for their song "Tragedias" off the band's self-titled album, released earlier this year.

"What is more punk than being Latina in the US?” Who can argue with that existential gem, uttered by our pal Jasmine Garsd when she explored the world of Latina punk on Alt.Latino earlier this year? This could be the soundtrack to the life ferociously pounded out by our fave San Antonio punks, Fea.