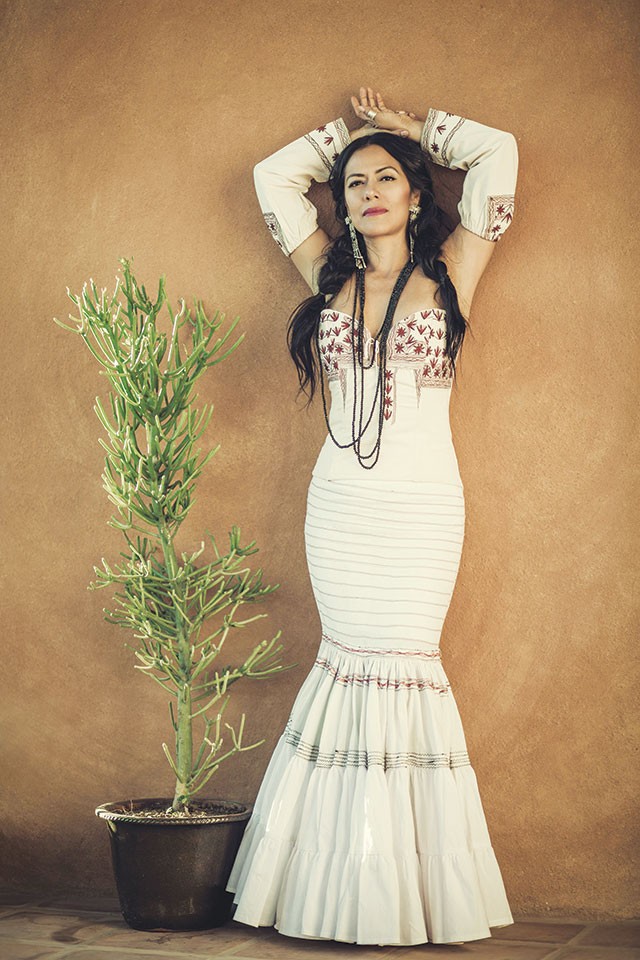 Swaying side to side with a child in his arms, Texas Rep. Mike Villarreal nodded politely in my direction before returning his captive attention to the Laurie Auditorium’s main stage where the hypnotizing Grammy-winning singer Lila Downs continued to fervently croon about immigration issues and “the strength that women have in the face of adversity.” Like a televangelist or an up-and-coming, emotive politician, Downs’ 2012 concert at Trinity University attracted a tent revival full of political hopefuls, elected dignitaries and enthusiastic young people dolled up in their finest Chicano chic attire for a production that could be best described as part rock concert, part political rally and part social studies class.

When Downs returns to San Antonio to play the Majestic, she’ll be packing the artistic might only a generous two-year career incline could afford. Presented by the Esperanza Peace and Justice Center, Sunday’s show promises more of the votive messages that rhythmically pulsate beneath her refreshingly untapped world music melodies.

“I hope that it is about the message,” Downs says via phone from a southbound tour bus in Northern California, “because I find that’s a very important part about what I do. It’s boring to talk about [social issues]. To sing about [them] is much more beautiful and exciting.”

Exciting and sexy, the latter being more experimentally deliberate these days. The daughter of a Mixtec mother and a Scottish-American father, Downs was concerned in the ’90s that audiences weren’t taking her music seriously. “I didn’t like it when guys were checking me out,” she admits with a chuckle. “I wasn’t into that part of my sexuality. I became kind of like a ‘man-woman.’ That’s the way we kind of defined it in Indian terms. And as I’ve gotten older, I keep bringing up the hemline, you know? And opening the cleavage more and more.”

Her social media-driven fan base, of which she’s “happy and proud,” certainly isn’t complaining. “[The ages of] the people who come to our concerts are like 18, then like 70,” she says, crediting her success to the age of narrowbanding.

Downs feels that a “resonance” with her SA audiences came quickly: “It was a surprise to me how unique and old-fashioned—in a Mexican way—[San Antonio] was. So I identified with it immediately,” she says.

She delicately describes current U.S. immigration policy as “a complex situation” and seems beholden that her touring has provided her an ongoing opportunity to break bread with legislators, other international artists and, of late, President Barack Obama.

“It’s important to teach politicians and children about who we are. I hope that in some way I am a good influence in terms of making people think about what they say,” Downs says.

For her upcoming LP Balas y Chocolate (Bullets and Chocolate), a tribute to Día de los Muertos, she has a mind to do a video about the “origin of chocolate.” Chocolate and high hemlines? Who could ask for anything más?