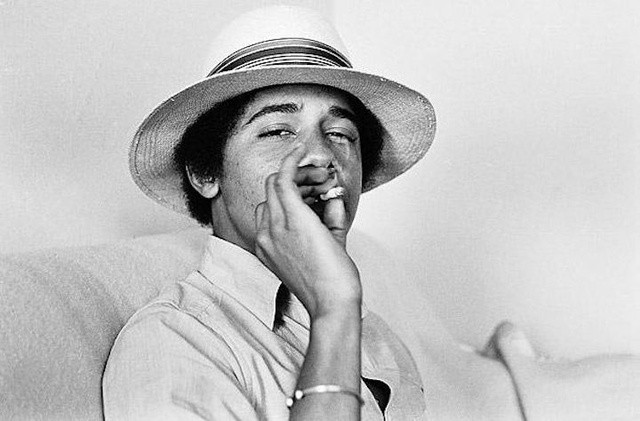 Stopping short of hot-boxing the presidential limo, President Barack Obama was quoted Sunday as saying that marijuana is no more dangerous to one’s health than alcohol, to the chagrin of D.A.R.E. officers everywhere.

“As has been well documented, I smoked pot as a kid, and I view it as a bad habit and a vice, not very different from the cigarettes that I smoked as a young person up through a big chunk of my adult life. I don’t think it is more dangerous than alcohol,” the president said in a sprawling profile by David Remnick for the New Yorker.

Obama’s totally chill sentiment is indicative a growing support for marijuana legalization in the United States. According to an October 2013 Gallup Poll, a clear majority of Americans now support the end of cannabis prohibition. A recent poll by the Marijuana Policy Project in Texas echoes evolving attitudes nationwide. This month in Colorado, legal marijuana dispensaries opened their doors to recreational users, and despite staggering sales, civilization didn’t devolve into the depraved den of iniquity our mothers warned us about.

But before the nation could revel in a celebratory high, the president continued with a buzzkill remark about the glaring racial disparities in America’s War on Drugs.

“Middle-class kids don’t get locked up for smoking pot, and poor kids do... And African-American kids and Latino kids are more likely to be poor and less likely to have the resources and the support to avoid unduly harsh penalties.”

Way to harsh that buzz, Obummer. The president’s sobering comments indicate the long road America has to take before we start hanging Bob Marley black light posters in the Oval Office.