On Miley, From a New Father’s Perspective 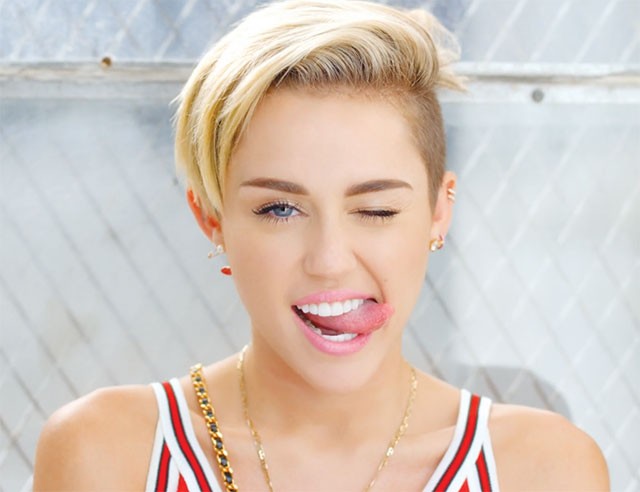 Unless you have been living under a rock (with no wi-fi) for the past year, you have probably been made aware of the fact that Miley Cyrus has a new album (Bangerz) and that she’s been promoting the hell out of it. No big deal there, hardly a shocking turn of events—pop star makes a new album, takes to the late night TV circuit and plots a massive world tour. So what?

Like pop stars Madonna, Britney Spears and Christina Aguilera before her, Cyrus has been the subject of a media firestorm concerning her sexually provocative dress and antics. The internet, often considered the last bastion of true freedom, suddenly seemed full of disapproving moms and overprotective dads all vying to save poor Cyrus from an objectification that she just couldn’t have freely chosen for herself. In particular, her August 25, 2013, performance with Robin Thicke at MTV’s Video Music Awards, which found the 20-year-old twerking and gyrating in a flesh-toned outfit, caused many to claim that she was somehow doing something uniquely wrong. Cyrus followed up that performance, and the outrage it stirred, with a flippant attitude, continuing in a similar vein for her Bangerz tour. To be sure, part of the reason the public reacted so strongly has to do with Cyrus’ past as a tween idol in the form of Hannah Montana.

But what are we really worried about? As the new father of a little girl myself, I can’t help but think that Miley-gate is nothing more than a sadly misplaced expression of our desire to remain in control of our girls and dictate the ways in which they are permitted to explore themselves.

Any parent truly worried about the influence that Cyrus has on their children would do well to remember that the world is full of teachable moments. Good parenting is not an act of censorship or shielding, but an act of preparing and building judgment. If Miley Cyrus wants to shake her ass and act provocatively while promoting her album, which certainly celebrates drug culture and riffs on unhealthy relationships, isn’t she just a mascot for our culture? In shaming her, we’re just saying that we hate ourselves, but lack the courage to pursue major changes. So we blame a young lady who is getting rich off our dysfunction. I think that’s bullshit. Parents, let your teenagers go to the Cyrus show this Saturday and use it as an opportunity to make sure you’ve got those uncomfortable dialogs open and flowing both ways. You’ll be surprised how mature your kids can become if you bother.

In any case, the show at the AT&T Center promises to be a good one. Cyrus, who can really sing and dance with the best of them, has been on the road for a few months honing her set and provoking her audiences. Her show has become a veritable absurdist variety act featuring all manner of crude and ridiculous situations to distract you from that fact that this is a talented performer breaking out of a shell that young stardom imposed upon her. You’ll notice how effortlessly her voice slides in and out of its natural twang. And you’ll probably look up at some point and say “Wait, what kind of music is this anyway?”

Cyrus’ genre-bending Bangerz tracks, almost all of which she at least co-wrote, bring to bear her wide palate of influences and postures—from country to club music to pure pop radio gold. Anyone who saw her MTV Unplugged performance of Dolly Parton’s “Jolene” knows Cyrus has a bright future in country music if she wants it. But, for now she wants to make Bangerz; music full of vulnerability, pride, insecurity, exuberance and Dionysian abandon. If it all feels too much like a wrecking ball, just remember how big everything looked and felt when you were 20. Yeah, that’s what I thought.

If you’re still on the fence about this show, let me recommend Cyrus’ well-chosen show openers as my final argument. Icona Pop is a Swedish DJ duo that dabbles across genres as disparate as techno, house, punk and (of course) Euro-pop. Their often ethereal sound should have a calming effect before the mayhem of Cyrus’ set. Taken together, these two acts represent the current state of female pop-stardom in its diverse manifestations. But forget about that—let’s just have an unapologetic blast, shall we?