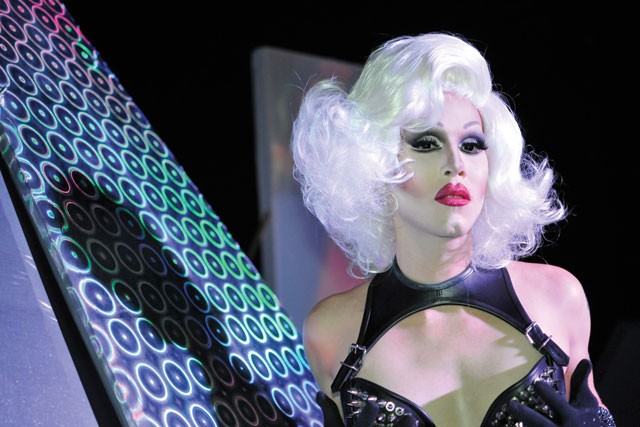 Community theater in SA has roots a century long. Here is our short list of favorite venues, specializing in repertory theater, new works, and community action.

Since it began in 2005, the professional theater company in residence at Trinity University has engaged the community with new and acclaimed works by established and emerging playwrights, such as Edward Albee, Rachel Axler, Yasmina Reza, Harold Pinter, and Sam Shepard, in smart productions that are consistently honed, often to brilliance.

Known as "The Vex," the beloved community theater at the Barshop Jewish Community Center presents thought-provoking productions by local artists, focusing on classic works by American playwrights such as Thornton Wilder, Alfred Uhry, and Arthur Miller, and has received rare accolades from the Current's tough theater criti

The Woodlawn opened in 1946 as a movie house; now, it is the Deco District home to musical theater, recently performing well-known titles such as Rent, Miss Saigon, and the Rocky Horror Picture Show. New productions are always on the lookout for local talent, which is encouraged by the Youth Musical Theatre Workshops held regularly onsite.

Since 1985, the Jump-Start Performance Company has created, produced, or hosted over 500 original works by local and international talent. Jump-Start is the home of the venerated Classic Theatre of San Antonio, and presents educational programs to the community, such as Historias y Cuentos (Stories and Tales) a long-term collaboration with 10 local, urban public elementary schools.

Known for producing original plays by local actors and crew year-round, the Overtime is now in a new location south of the Pearl, sporting two performance spaces, including the Gregg Barrios Theater. They continue to emphasize works by Texan playwrights, and are home to the experimental Proxy Theatre Company, and the River City Actors Studio workshop.

The Playhouse opened in its Greek-Revival building in 1930 as home to community performers, eventually becoming known as the San Antonio Little Theater. Now owned by the City, The Playhouse is the longest running live theater in SA, presenting mostly family-centered fare on the main stage, and occasionally, more socially critical theater in the small Cellar Theatre.