On The (Beer) Run: San Antonio Police Searching for Man Who Stole Budweiser Truck in Southtown 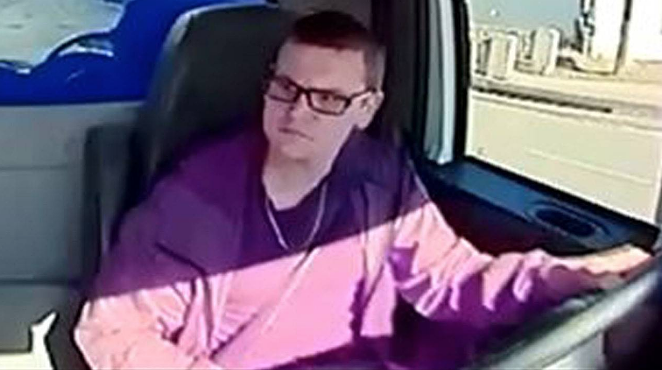 San Antonio police are searching for a man accused of driving off in a beer-delivery truck earlier this year.

Around 1:30 p.m. on January 24, the suspect stole a Budweiser truck at the juncture of South Alamo and South Presa streets, according to police. Authorities said the man got into the truck without consent from the driver and left the scene.

Reportedly, the truck contained numerous packs of beer at the time. The vehicle was recovered later that same day after being abandoned on Interstate 35 near Somerset Road.

Police are now asking the public for help identifying and finding the man. Individuals with any knowledge about the suspect's whereabouts are encouraged to call Crime Stoppers at (210) 224-STOP (7867).

Crime Stoppers will pay up to $5,000 for information leading to an arrest and conviction.