On The Hunt For SA’s Top Pizza By The Slice

Buzzfeed was on to me. Or maybe, I was researching too many pizza places and my cookies clued the Clickhole predecessor that I was on the search for great ‘za by the slice.

Thought not always the healthiest option, the draw of a quick lunch, or grab-and-go slice is too damn appealing. Ain’t nobody have time for a sit-down lunch these days — or the budget to blow more than $10 at lunch on weekdays. There’s also something celebratory about pizza that hearkens back to classroom pizza parties in grade school. Grab a slice (or two) and get back to the office with nary a dent in your wallet from these joints below. 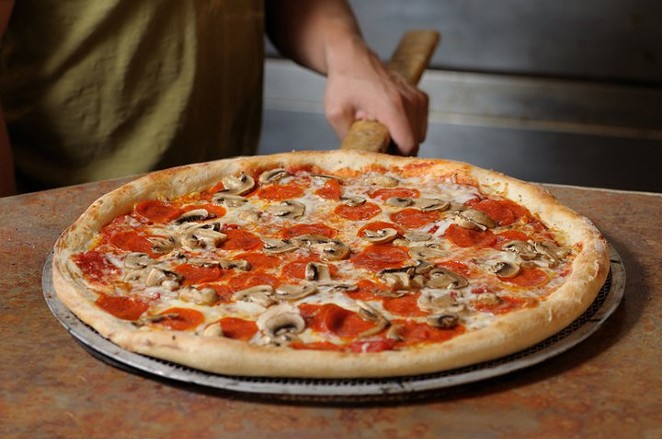 Ambiance: This downtown nook is casual, fast-paced. Perfect for grabbing a slice if you’re on jury duty.

The Slice: Central Park uses a large thinly sliced ‘roni for its pies, which adds heat and helps with presentation. The crust allowed for folding, but could have been the slightest bit thicker.

Variety: Extra toppings will cost you 35 cents. Otherwise, there are plenty of ready-made pies to choose from — our recent visit included cheese, pepperoni, pepperoni and sausage and a chicken-bacon-black olive pie. 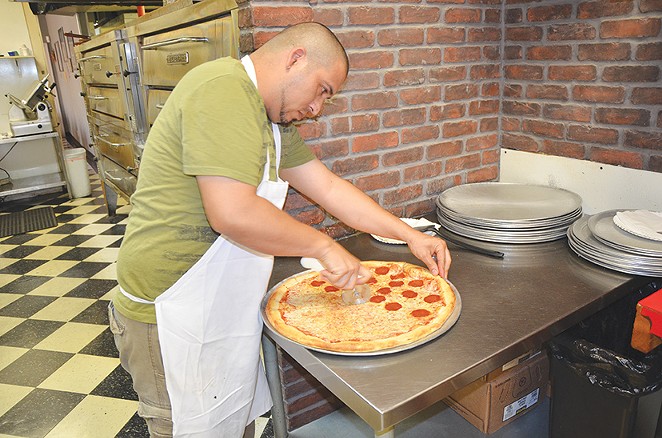 Ambiance: Think Jersey pizza counter. Owner Pat Florio is a sass machine so come ready with your order (and don’t pass on the homemade chocolate cake, or really any cake Florio’s has on display). The Lincoln Heights/Broadway institution has been serving up fresh slices since 1989.

The Slice: Florio’s is an institution for a reason. The New York-style, foldable slice is a) massive and b) measured in its delivery of both toppings and cheese. Too much of either would make for a sloppy lunch, but 30 years in the biz means Florio’s nails it during every lunchtime rush.

Variety: You’ve got 10 toppings from which to pick, including jalapeño, onions, extra cheese or sliced meatballs. 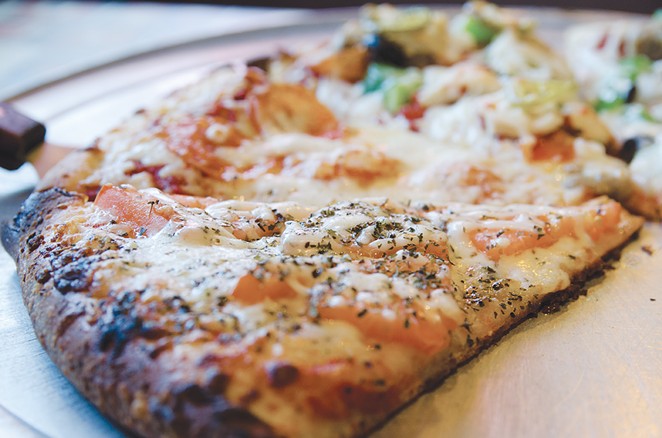 Ambiance: Don’t knock Pizza Italia’s strip center exteriors. Once inside the sprawling shop is part-bar and full-on eatery with more than 200 beers by the bottle in a relaxed, clean and casual setting.

The Slice: Thicker, chewier and not New York-style by any means, Pizza Italia’s slices are hearty. The pepperoni’s great, but the Mamma Mia with pepperoni, Italian sausage, beef, black olives, ‘shrooms, bell peppers and jalapeños is a keeper.

Variety: Sure, you can add toppings, but we’d stick with the house specialty pieces such as the Paesano with pepperoni, ham, onions, green peppers and mushrooms or the Maui Mia with Canadian bacon, Dole pineapple chunks and extra cheese.