On the Rocks: Alternative delivery systems 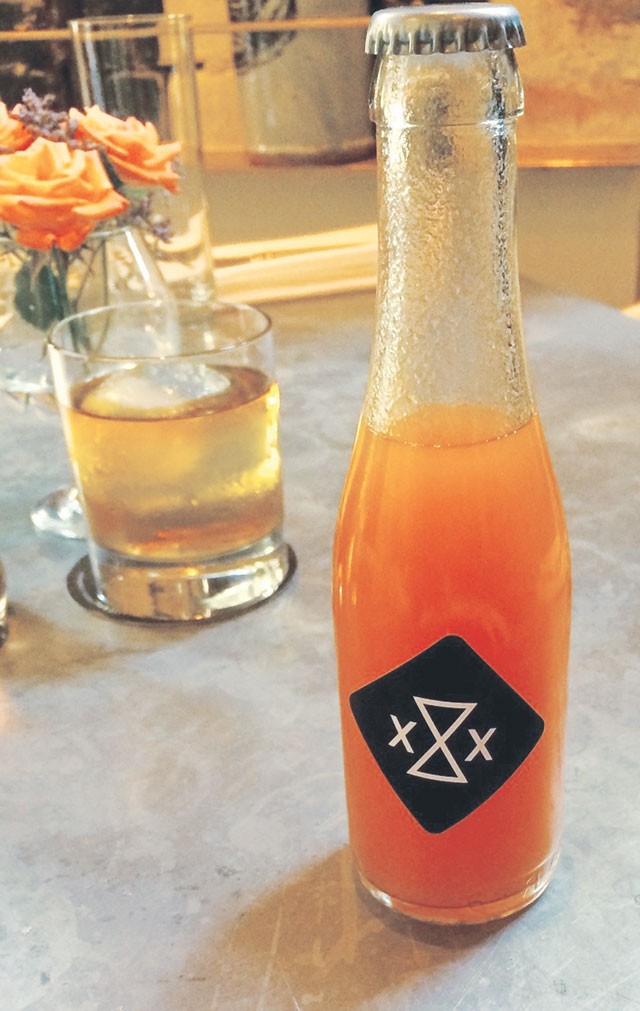 The crowd is three-deep at the bar, the ’tender is trying to keep from flaming out by shaking two drinks at once, and you’re invisible. But wait—there are signs of hope: alternative delivery systems.

No, this is not the equivalent of pot brownies. I’m talking Negronis on tap and carbonated cocktails for which one only needs to pop a cap. Yes, a large part of the charm at a fancy cocktail joint is watching your personal Manhattan being stirred. But there are times when you just want a well-made drink before the evening’s over. Pre-batching, whether for bottling or tapping, involves a lot of preliminary prep work—presumably by the maker who knows the drink best. Quality need not suffer.

“It will be one guy’s job every Tuesday and Wednesday to put out all the bottles,” says Christopher Ware, who locally pioneered barrel-aged cocktails when managing the bar at Arcade. Now the honcho at Paramour (scheduled to open mid-October), Ware will be rebooting his barrel program there in addition to doing bottled drinks such as the Paloma and kegged libations on the order of Old Fashioneds. “We expect to have five bottled drinks and two on tap,” says Ware.

Another early adapter was Jeret Peña, who did some carbonation innovation while at The Esquire Tavern. Now heading up Brooklynite, he has two cocktails on tap, a carbonated Paloma (the drink usually calls for grapefruit soda) and an Old Fashioned that’s kegged but propelled by neutral nitrogen that doesn’t add the acidic pop of carbonation. At Peña’s new Last Word bar, due to open on Houston Street around the end of October, there will be wines on tap and “at least six taps for cocktails”—actual drinks to be determined.

In addition to Paramour, bottled cocktails are being pursued by at least three bastions of booze—Barbaro, Blue Box and Cured. Barbaro’s Elisabeth Forsythe bottles only the base soda, allowing for summer’s salted watermelon to be paired with gin, mezcal, tequila or vodka. The production changes some depending on whether she’s using fruit or a seasoning such as celery seed, but “shelf life is assured by sugar, the carbonation and the purging of oxygen” from the tanks the drinks sit in before being bottled. Look for a spiced apple and “something with turmeric” for fall.

“I might use some Crave juices,” says Blue Box manager Stephan Mendez of his bottle program, but not everything bottled is juicy or carbonated. One gin-based drink with lemon, pineapple and grenadine “doesn’t need the extra acid” brought by carbonation, while the evocative Mind Eraser shot based on gin and Kahlua gets the fizzy treatment. He and bartender Andy Luna batch between 50 and 75 bottles on weekends, says Mendez.

Meanwhile, at Cured, bottled drinks are taking a winter vacation. Manager Robert Rodriguez says they bottle and move the sodas daily to assure freshness, and want to juice “only seasonal fruits.” By the time they return next summer, you’ll have had several months to get familiar with the concept.