Food & Drink » On the Rocks

On the Rocks: Rye’s time to shine 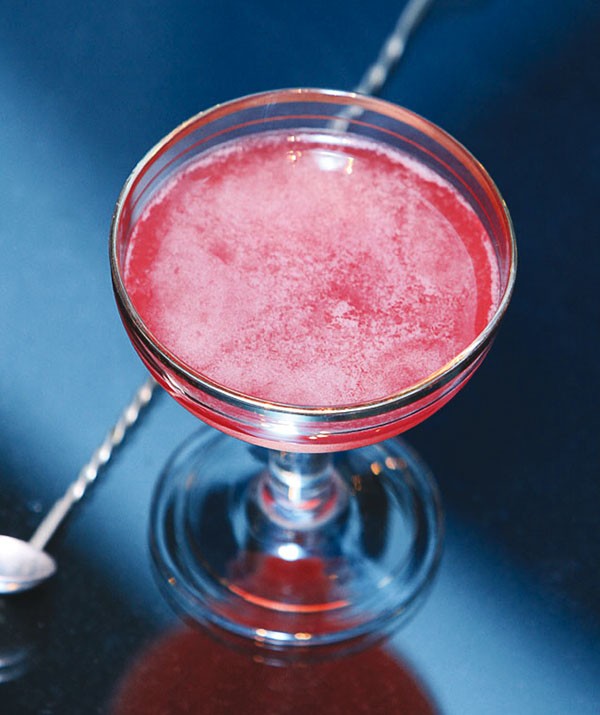 It's fall, and you know what that means: Pumpkin Spice Latte!!!

Not. I withdraw the statement—especially the exclamation points which can be recycled and more honestly used somewhere else. And besides: This is San Antonio, not exactly the land of Hot Toddys and buttered rums. No, let's look instead to drinks that, befitting our mostly temperate falls and winters, remain refreshing, if maybe a little more profound than the typical, summer tipple. What I first have in mind is rye; it's naturally spicy, Starbucks sycophants.

Much spicier and trimmer, in fact, than its younger cousin bourbon, rye has been around since the early days of the Republic. Until Prohibition, it was the country's most popular whiskey—even immortalized in song. But times change, and rye became known as hip-flask hooch; for most of the last century it has languished in bourbon's shadow. Perhaps no longer, as a modest renaissance is underway. Rye may be "a bottled anachronism," but that's precisely why many bartenders claim it makes for a more interesting drink than bourbon. Try substituting it in a Manhattan the next time you order one. Most bars keep Old Overholt as the well pour, but if Rittenhouse 100 is available, go with that.

Sipped and sniffed straight, Rittenhouse does have a gripping, spicy profile, one that is great straight over a large cube but that opens up nicely with a splash of Topo Chico—the better to temper that 100-proof alcohol. In a Manhattan, sweet vermouth performs the moderating function; in a Sazerac (also a brand of rye), Peychaud bitters and absinthe provide the sparring partners.

There is, however, another all-American spirit that's also perfect for temperate winters, and that's applejack. As the first distilled spirit in the colonies, it has been around even longer than rye, and though no resurgence is at hand that I know of, let this be a shot across the bow of Calvados, the French apple brandy. As rye is to bourbon, applejack is to calva—its more assertive (and to some minds, more mixable) cousin. We assume here that you already have recipes for a Manhattan or a Sazerac, should you care to make them at home. As applejack is less-familiar, here's a classic recipe—it's even on the side of bottles of Jack Rudy small-batch grenadine, an essential component. (Whatever brand you use, make sure it's the real thing with pomegranate. Or make your own.)

Shake over ice, strain into a chilled coupe. A slice of apple, moistened with lime or lemon, would make a nice garnish.

And cheers to a naturally spicy season—no lattes need apply.

On the Rocks Rye Whiskey Bourbon The Jack Rose Cocktails