One Fan's Expectations for Star Wars: The Force Awakens 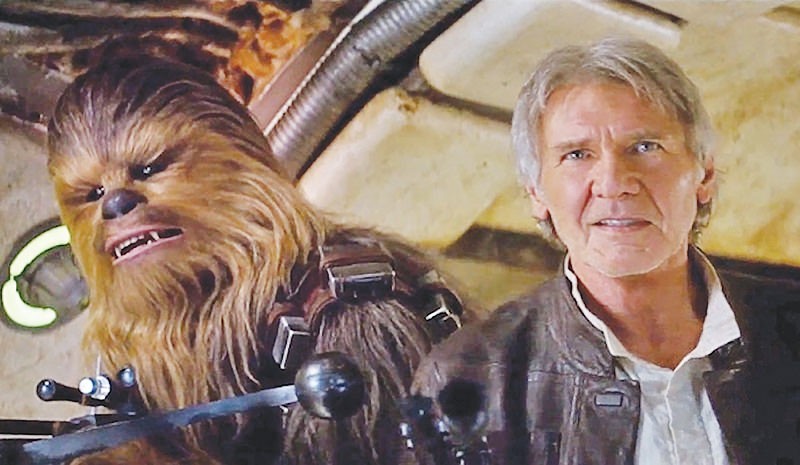 My list of expectations for Star Wars: The Force Awakens is short. Mostly because of the ironclad secrecy maintained by J. J. Abrams and Co. Also, everything we could have pieced together about the plot from the Shadows of the Empire book collection and several comic series has become non-canon. So, that takes what we would have expected from a post-Return Of The Jedi movie and ejects it into the dark, vast nothingness like so much space trash, our best guesses hiding amidst it, clinging to it, floating away from our grasp.

Secrecy and codex aside, we know Abrams is capable of delivering an action packed sci-fi blockbuster with, at the very least, a decent plot. He has done it before and I’m not worried about whether he will do it with The Force Awakens. The two latest Star Trek movies prove this and the hardcore Trekkies can disagree with that all they want, but I have had actual intercourse with another human being in real life, so....

Also, writer Lawrence Kasdan (Empire Strikes Back, Return of the Jedi) rejoins the Star Wars writing team along with Abrams and Michael Arndt (The Hunger Games: Catching Fire). Kasdan is rumored to be writing for the entire trilogy, which brings a new hope to the franchise, a hope that maybe they are trying to do this thing right.

One thing that did have us diehards worried was the Disney buyout of Lucasfilm’s rights to the profitable franchise. It’s not that Disney makes horrible films, I am just one of those people who hates when something I deem “uncool” invades a thing that I have loved so vehemently my entire life. Mostly, I just fear change. But, as the wise, old Jedi master Yoda once said, “Fear is the path to the Darkside. Fear leads to anger. Anger leads to hate. Hate leads to suffering.” And I have no intention of suffering in my theater seat because I decided to hate the movie even before John Williams’ classic theme music accompanies those giant yellow letters on their journey into the void.