One of Two SAPD Officers Shot Thursday Has Died 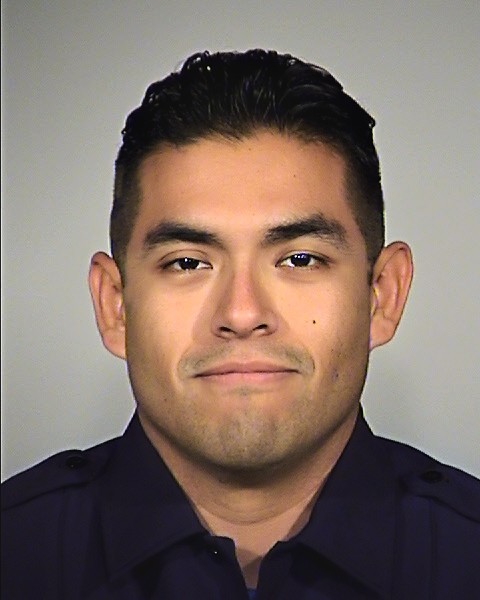 One of the two San Antonio police officers shot while on patrol Thursday afternoon is not expected to survive, San Antonio Police Department Chief William McManus told reporters Friday morning. McManus said the other officer, who was shot in the torso by the unidentified suspect, remains in "serious condition," and is currently between surgeries at San Antonio Military Medical Center.

"We’re going to lose a truly, truly beautiful man," McManus said of SAPD officer Miguel Moreno, who was shot in the head Thursday.

Officer Moreno and Officer Julio Cavazos were on a routine neighborhood patrol looking for vehicle burglaries just north of downtown when they were shot Thursday, according to McManus. Just after 3 p.m, the pair pulled over to investigate a car that looked broken into on the corner of Evergreen and Howard, just a block or so from the Main Street strip and right on the edge of the San Antonio College campus. McManus says that as soon as they stepped out of the car, a man opened fire on both officers.

Moreno, hit in the chin, dropped to the ground immediately. Cavazos, shot in the torso, managed to pull Moreno out of view and returned fire. The suspect died shortly afterward. At this point, it's unclear if Cavazos' bullet or his own killed him.

At a Friday press conference, McManus said the still-unidentified suspect was shot in the buttocks and head, but SAPD was "not able to determine" whose gun the headshot came from.

"If you have someone who has no respect for his own life, what respect does he have for other's life?" he asked. "I don’t know."

Another man who was with the suspect at the time of the shooting has been taken in to custody. The SAPD hasn't released the identities of either man.

McManus called Moreno and Cavazos "truly good guys," nine-year veterans of SAPD who were in there mid-30s. At this point, the department has no idea why the two officers were targeted. They did everything right, McManus said.

"I'm at a loss for words to describe what a tragedy this is," he told reporters. "Imagine one of your relatives shot and killed on the street for apparently no reason. That’s as close as I can make it."

This shooting comes less than a year after veteran Detective Benjamin Marconi was shot to death during a routine traffic stop in front of the SAPD headquarters.