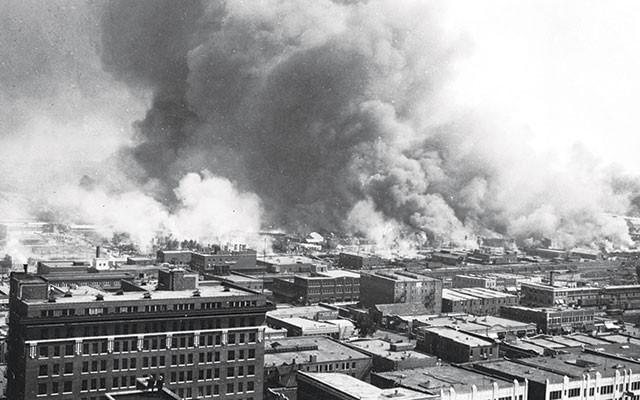 There are many reasons why Black History Month is as relevant today as when the idea was first conceived by Dr. Carter G. Woodson in 1926. Initially it was a week’s celebration but expanded to the full month of February in 1976. Throughout its long history, the one overarching theme has been a people’s struggle to break the chains of an oppressive system implemented by a race that felt they had a right to impose their rule over others.

In his study The Ideologies of African American Literature, Dr. Robert E. Washington points out that, “[i]n preindustrial structures of domination the ruling group typically controls not only the subordinate group’s economic and political life, but also its cultural representations—namely, the ideas and images inscribing its social identity in the public arena.” This domination extends beyond the preindustrial society and has been quite apparent in the black/white relationship in this country. Essentially, white America has dominated all interpretations of past history to the benefit of their own culture. One of the most blatant examples of that domination is history studies’ inclusion or exclusion of certain events over the years that had a profound effect on one group or sometimes both groups.

An example of this domination is manifested in the manner in which the state of Oklahoma successfully blocked out all means of communicating the terrible tragedy that occurred in Tulsa, Okla., on June 1, 1921. In the early morning hours on that day, more than 750 white Tulsans crossed the Frisco Railroad tracks into the area of the city designated as Greenwood or “Black Wall Street.” They proceeded to kill over 300 men, women and children and destroyed all business buildings and homes within a 34 block radius. The excuse given for this massacre was a rumor that a young black man had accosted a white girl. That rumor turned out to be false, but the damage had been done. However, over the years following the incident, historians tucked it away and let the memory fade from history just as if it never happened.

A major reason for burying the story for more than eight decades is that the whites involved in the attack were essentially murderers and the blacks who tried to defend their homes, wives and children were the real heroes. In this country’s history, the role of hero has typically been reserved for the white man, even (or perhaps more so) in regards to legends in which people of other races and ethnicities were essential. Davey Crockett and Jim Bowie were heroes at the Alamo. Atticus Finch was the hero in To Kill a Mockingbird, and Branch Rickey was the hero in 42, The Life of Jackie Robinson.

Very often, the perception becomes reality, and the truth is lost in the message one segment of society manipulates to their advantage. That is why it is important that black Americans take control of interpreting and reporting their history—especially under-represented events such as the Greenwood riot—and that Black History Month continues to serve that function for the benefit of our children and our culture.

Williams is an adjunct professor of political science at San Antonio College and the author of the new novel Fires of Greenwood, based on the Greenwood riot.