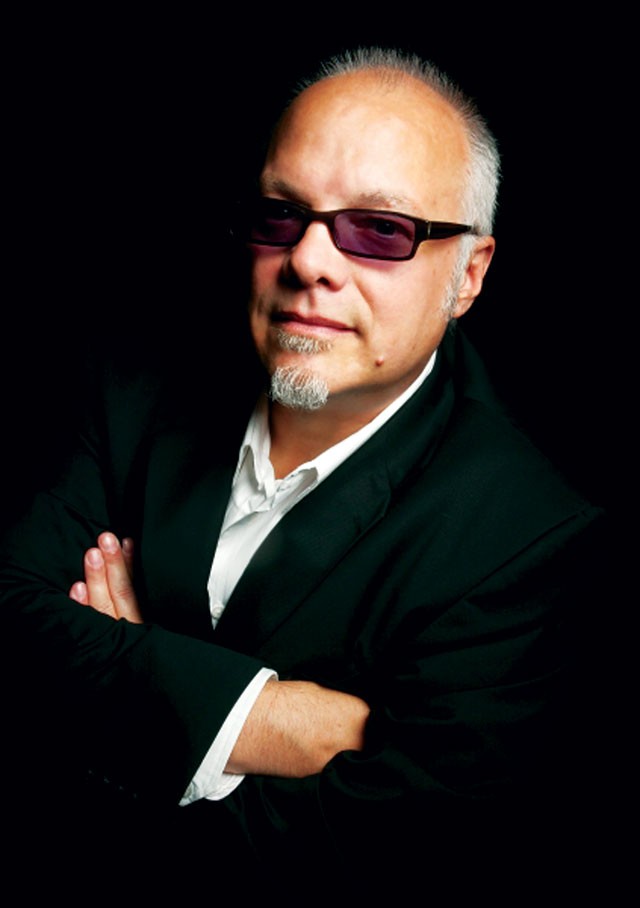 Sam's Burger Joint may have likenesses of The Blues Brothers overlooking its stage, but soon the sculptures will be overshadowed by the man who influenced the famous duo.

"I was John Belushi's muse," said soul man Curtis Salgado, 58. "He pretty much absorbed whatever I gave him."

"I didn't have a TV and we worked on Saturdays," he said. The two struck up a friendship after Belushi saw Salgado perform his energetic act — a mix of classic blues, soul, and R&B, his eyes hidden behind black Ray-Bans day and night. Salgado will bring his inspirational act, Ray-Bans and all, to Sam's Burger Joint on Thursday, September 13.

Fellow SNL player Dan Aykroyd already had been after Belushi about forming a blues revivalist act, and Salgado was the inspiration the late comedian needed. "Joliet" Jake Blues and Elwood Blues were born, and The Blues Brothers' 1978 album Briefcase Full of Blues is dedicated to Salgado.

"He is such a very soulful person," said longtime producer and friend Marlon McClain, who first hit it big with the funk/R&B band Pleasure. "You meet some people that are kind of manufactured. Curtis lives and breathes soul music."

From his tutoring of Belushi, Salgado went on to join the Robert Cray Band, front the bands Roomful of Blues and Curtis Salgado & The Stilettos, and release his first solo album in 1991. Six more albums followed and he won the 2012 Blues Music Award for Soul Blues Artist of the Year. Through it all he has fought lung cancer and undergone three related surgeries, most recently in July.

His latest album, Soul Shot, is infused with his love of the greats, with covers such as Bobby Womack's "What You Gonna Do" and Otis Redding's "Love Man" mixed with originals. Salgado is out to "expand the boundary of blues," McClain said, invoking the spirit of the past while reflecting what he's feeling now.

"It's basically a great soul record that you put on and dance to and make love with," Salgado said. "I think the music's timeless, and I don't think that it's gotten any better than what's already been done. That's how I write. It probably sounds retro to people, but it's not — it's straight soul music."