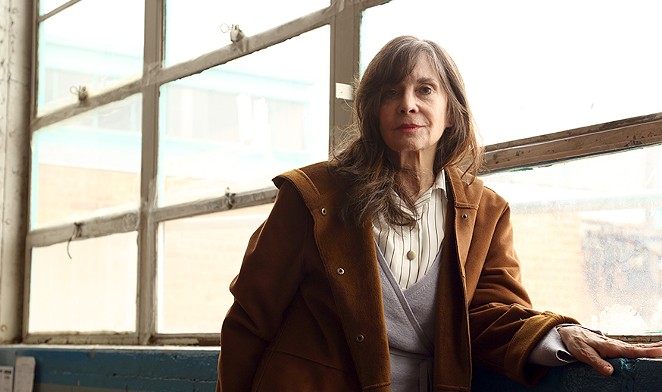 Best known for playing the quiet albeit supportive wife of boxer Rocky Balboa in the Rocky film franchise (“Yo, Adrian”), two-time Oscar nominated actress Talia Shire, over the course of her 52-year career, has helped solidify her family as one of the very few to ever be considered Hollywood royalty.

In her new film Working Man, which was released on VOD this week, Shire stars as Iola Parkes, a loving wife living in a small town in the Rust Belt whose husband is laid off from his job at a local manufacturing plant. Although forced out of his position, her husband decides to continue to go back to the plant and work – a move that inspires his fellow coworkers to do the same.

“The heart of the film is the need for people to have meaning in their lives and go to work,” Shire, 74, told the Current during a phone interview late last month.

With the manufacturing industry still struggling in Rust Belt states, Shire hopes a film like Working Man shows people that the most important element of a healthy economy is for workers to be open to more educational opportunities.

“Factories sometimes have to retool,” she explained. “If one factory closes, you have to explore new materials. As costly as we think that is, we know that it’s important for people to wake up and have a job. The most important part of a transitional period for a ‘working man’ is education. We have to be able to create new systems.”

Shire jokes that she might come down to San Antonio and create her own new system — at City Hall. The last time Shire was in San Antonio was in 1986 to promote her sports drama Rad, which starred a young 20-something-year-old Lori Loughlin (TV’s Fuller House). During her stop in the Alamo City, Shire was presented an official proclamation from then-San Antonio mayor Henry Cisneros making her the honorary mayor of the city.

“I was given the mayorship of San Antonio,” Shire said. “It says that I am still the mayor whenever I show up.”

The proclamation, which Shire has held onto for the last 34 years, does in fact state that Shire “will perform the duties of Mayor if and when she is present within the city limits.”

When contacted at his office, former mayor Cisneros remembered the day he gave Shire the proclamation.

“She was one of my favorite actresses for the roles she played in the Rocky films,” he said before following up with his best Rocky Balboa impersonation (“Adrian!”). “I remember giving her the proclamation not because she was my favorite but because that’s the standard welcome we did for distinguished visitors. So, we made her an honorary alcalde (mayor) for the day. It endeared her to San Antonio because, obviously, she remembers it after all these years!”

Standard welcome or not, someone should tell current mayor Ron Nirenberg he may have some competition on his hands.

“I’m coming back and I want to be the mayor,” Shire said. “So, watch your step!”