Our Picks for the 31st Annual Jazz’SAlive 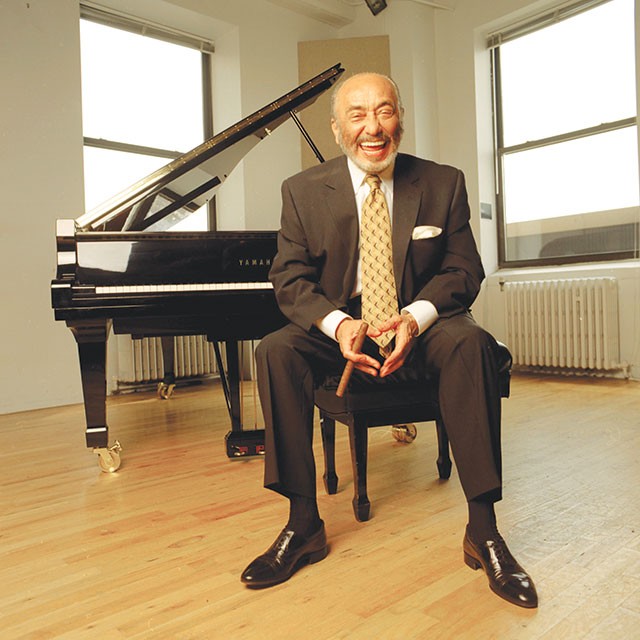 Jazz’SAlive has traditionally made sure to clear at least one headlining space for Latin jazz, with the likes of the Afro-Bop Alliance, Ed Calle and the Spanish Harlem Orchestra topping the bill in years past. Even then, landing a Latin jazz giant on the level of Eddie Palmieri feels particularly significant.

Since stepping out of Spanish Harlem and into the limelight over 50 years ago with his groundbreaking band La Perfecta, Palmieri has maintained a place at the vanguard of Latin jazz, sitting in with the likes of Tito Rodriguez, Cal Tjader, and most famously, the Fania All-Stars.

Palmieri’s last SA appearance, at the Guadalupe Theater in 2012, turned out to be a diminished affair when Hurricane Sandy prevented his entire band from making it to town. Assuming no superstorms or other natural disasters interfere, Palmieri should be back in town at full power, with his full orchestra in tow for what promises to be a hard-hitting, groove-ready set.

Singer/composer Marlena Shaw has drawn her share of comparisons to jazz legends Dinah Washington and Nancy Wilson throughout her four-decade career. But for a singer as at home singing standards as she is belting gospel, crooning slow-jams and bouncing out pop hits, any comparison from Bessie Smith to Whitney Houston fits just as well.

Best known for her soulfully symphonic hit “California Soul,” Shaw really hit her stride in the early ’70s, becoming the first female singer to sign with the iconic Blue Note label, paving the way for superstars Norah Jones and Cassandra Wilson. Her string of recordings for the label blended straight-ahead jazz with soul, R&B and pop in a way few singers not named Nina or Aretha have pulled off, and packed no shortage of sass (for example, ’74’s Who Is This Bitch, Anyway?). Having sung with the Count Basie Orchestra and the Frank Foster Big Band, Shaw’s spot at Jazz’SAlive will see her leading her own combo, likely giving ample chance for the charismatic singer to show off her versatile vocal talents.

Whether you’ve heard of the Yellowjackets before, chances are you’ve heard them before, particularly if you’ve been subjected to cable TV. For the past 15 years, the band has provided the background muzak for the Weather Channel’s Local on the 8’s feature; they’ve also recorded plenty of other smooth, innocuous grooves, which would probably also pair well with weather forecasts. While the group still slots comfortably into the contemporary jazz genre, they’ve thankfully tweaked their sound toward a more bop-oriented angle. The band’s current lineup—with keyboardist and sole founding member Russell Ferrante joined by drummer William Kennedy, saxophonist Bob Mintzer and the recently added bassist Felix Pastorius (son of Jaco)—just produced the Yellowjackets’ most straight-ahead record to date in 2013’s A Rise in the Road. There’s no reason to believe the group’s live set won’t strike a similar balance between contemporary groove and hard-bop edge.

Though he groups well alongside fellow New Orleans trumpeters Wynton Marsalis and Terence Blanchard, placing Nicholas Payton has never come easy. On an album-by-album basis, Payton may jump from the traditional (the Louis Armstrong tribute Dear Louis) to the abstract (the futuristic fusion of Sonic Trance).

On his website, Payton described his latest release Numbers as “a bed of sex wrapped in 500-thread-count sonic sheets,” which may not be too far off the mark for its D’Angelo meets Miles’ In A Silent Way vibe.

The smart money says his Jazz’SAlive set will slant toward a similar sound, but then when it comes to Payton, who really knows.

With roughly a dozen acts spread over two afternoons, there’s no better chance to catch so much local talent in so short a time. Per tradition, the Central Catholic Button Band (celebrating their 75th anniversary) opens on Saturday, followed by sets from hard-bop purveyors the Midtown Jazz Sound and resident San Anto Sinatra Johnny P. Be sure to schedule Latin jazz journeyman Pete “El Conte” Rodriguez and his combo during the late afternoon, along with the SA River Rats, who’ll be looking to reprise their thoroughly swinging 2013 set.

Sunday skews a bit more toward the smooth, with sets from sax master David Villanueva and his DV Jazz outfit, and the Return to Forever-influenced Ulterior Motive. Also look out for Toro Flores and Zarabande, playing marimba like Pete Townshend plays guitar, along with the reliably straight-ahead stylings of the Jazz Protagonists.