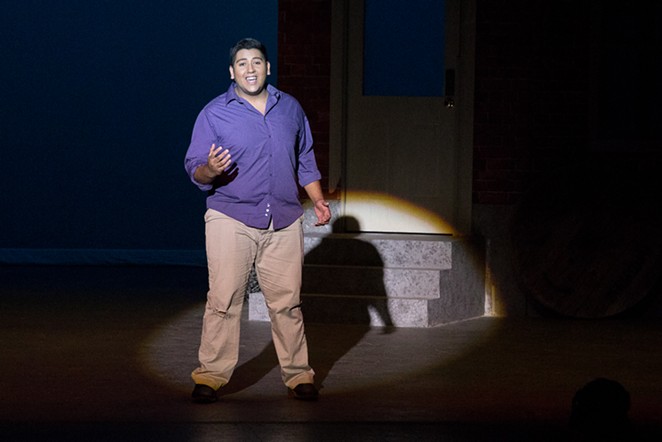 That’s like, the Carnegie Hall – one of the most, if not the most, prestigious concert halls any striving musician, vocalist or artist could hope to play.

The program was created to give young vocalists between ages 18 and 25 an opportunity to showcase their talent at an international level. It also allows them to study under master conductors and, of course, perform at the venue, which has seen memorable performances from the likes of Duke Ellington and Nina Simone.

Studying under faculty member Edlyn de Oliveira, Montalvo played Tony in Teatro Palo Alto’s 2017 production of “West Side Story” and auditioned for the Honors Performance Series earlier this year, according to the college's website. Montalvo was accepted after a review by the Honors Selection Board, which critiques each applicant’s talent, dedication, audition recording and reviews their previous achievements.

The Alamo Colleges student will join 24 other performers from the U.S. and New Zealand for a special concert at the venue on February 4 after 5 days of studying and learning from a world-renowned conductor, as well as learning from Broadway actors, hearing from a panel of New York City music professionals, catching a show on Broadway, and kicking it on a Yacht (nice!).

Participation is limited to the highest-rated 18- to 25-year-old vocalists from around the world, so the fact that one of San Antonio’s own has been selected is pretty awesome.

If you're in NYC in February, it might be cool to go and support a fellow San Antonian that will most likely will continue to do big things in the future. Tickets for the performance can be purchased here.