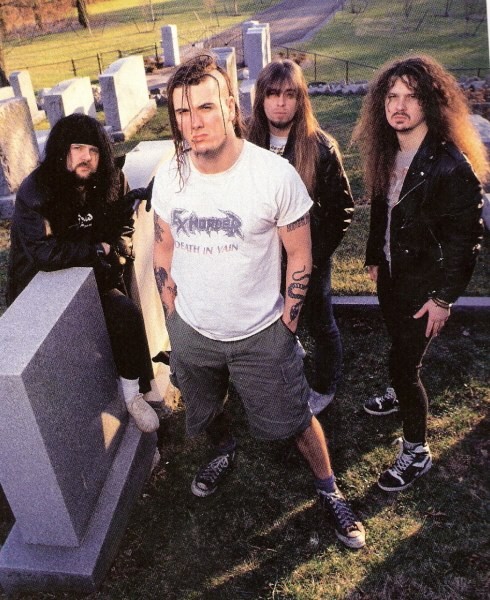 I actually do think of Carl's Jr. when I think of Pantera. Right after buff, bald dudes yelling at me, Dimebag Darrell seeming like a super nice stoner that just happens to shred the shit outta the guitar, and Vinnie Paul's painfully ridiculous facial hair. Why? Because, dude, cowboys from hell gotta eat, and I don't think they worry much about what kind of weird, meat-like amalgam they're shoveling down their gullets. They've got bigger things to worry about – like rocking, and shaving three separate chops into their beard (see ridiculous facial hair link).

However, some people took offense to the use of Pantera's "I'm Broken" in a recent Carl's Jr. commercial. To many metalheads and fans of the pissed off brood from the Lone Star State, the use of one of their fist-pounding, hell-raising rippers is tantamount to Ozzy doing a Pantene Pro-V commercial, Lemmy hocking mustache wax or everything Metallica has done in the last decade. For me, the most offensive part of the advertisement is the thinly-veiled suggestion that Carl's Jr. meat is equivalent to a steakhouse sirloin. As far as the self-righteous cries of sellout let's just hope and pretend that all the money is going to illegal drugs and guitars with lightning bolts and weed leaves on them, not state-of-the-art man-scaping tools for Vinnie.