Paramount Pictures: Our Top Films of 2017 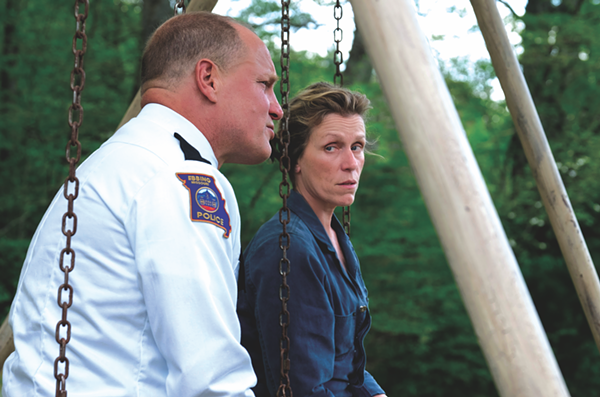 The fusion of blistering drama and dark comedy rises to the levels of Martin McDonaugh’s first feature film, 2008’s In Bruges. There’s no denying the intensity brimming from both genres, which injects the picture with a strong dose of anger, especially in Frances McDormand’s main character Mildred, a mother whose outrage incites her to pick a fight with local law enforcement for failing to find the man who raped and murdered her daughter. As Mildred, McDormand carries the film effortlessly through determination and a tinge of ruthlessness, although her supporting cast, which includes Sam Rockwell and Woody Harrelson, are worthy foils who are also more interesting because of their multilayered characterizations. At this point in his career, McDonaugh could become the third Coen brother if he wanted.

As elegant and stunning as the couture dresses three-time Oscar winner Daniel-Day Lewis’ character designs in the film, writer/director Paul Thomas Anderson’s period piece is a work of art. In what he is calling his final acting performance, Lewis stars as Reynolds Woodcock, a renowned and pedantic English dressmaker whose life is upended when he meets a young muse who is far more strong-willed than he anticipated. Anderson expands his exploration on relationship dynamics (he touches on it in The Master with Amy Adams and Philip Seymour Hoffman’s characters), to reveal a wickedly humorous newfound romance that is both suffocating and Machiavellian. Watching that play out for 130 glorious minutes with a remarkable score by Johnny Greenwood hovering above it is sensuous and sublime.