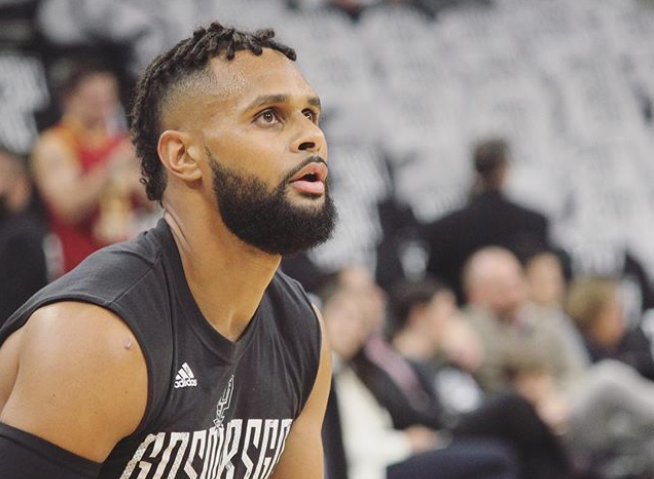 During the San Antonio Spurs matchup against the Cleveland Cavaliers on Sunday, a fan from the opposing team was recorded yelling racial slurs at Spurs guard Patty Mills.

As Mills was shooting free throws in the last few minutes of the game, one Cavaliers fan went way past the normal boos. Although there was plenty of noise inside the Quicken Loans Arena, microphones managed to still pick up a man yelling: "Hey Jamaican dog, they want their bobsledder back."

Just to be clear, Mills isn't even from Jamaica. On social media, Mills shares his pride in being Aboriginal and a Torres Strait Islander (near Australia). Exhibit A:

Me and my two Bala's @christopherzaro and @caleb_zaro performing the Beizam Kab - Shark Dance in front of the Murray Island community.

After a Twitter user tagged Mills and Cavaliers star LeBron James in the video from Sunday's game, the Spurs star responded to the video.

Thanks @thats_Z_Truth. I am a proud Islander. Like my Jamaican Brothers, me & my family in the islands of the Torres Strait have experienced racial slurs for decades. Hope your efforts will enlighten this confused, hateful fan. #BlackHistoryMonth https://t.co/yH3nKlGv4A

Other Twitter users condemned the fan and expressed support and admiration of Mills.

As a die hard #Cavs fan, this is totally inexcusable. That fan should be banned from the arena for life!! I'm not a #Spurs fan, but as an individual player, Patty Mills has always been a class act & has conducted himself that way. The #Spurs run an impeccable organization.

Here’s a thing about @Patty_Mills ... we had traveled all the way from Tasmania recently to see him play. He gave us a wave and the first thing the security guy said standing next to us: we love Patty in this city, most generous, lovely guy. You Aussies should be proud of him.

You are a true champion Patty and do your culture proud. I am sure many of the Aboriginal and Torres Strait Island kids look up to you. Keep Strong 🇦🇺💪