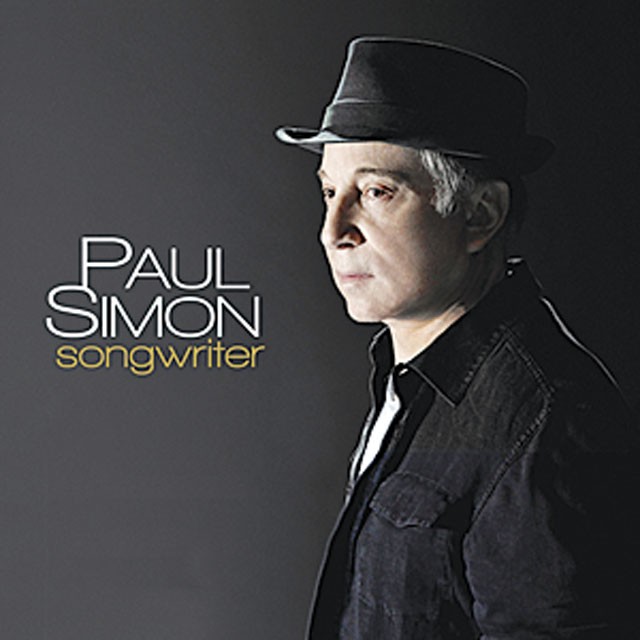 Paul Simon is America's greatest living pop songwriter. There, I said it. I can already hear my editor shouting "What about Dylan?!" but I'm sticking to my guns on this one. The proof is all over Simon's 54-year (and counting) career, recently summed up in this new two-disc compilation. Besides the first three tracks (including a stunning, previously unreleased 2011 take on "The Sound of Silence"), Songwriter focuses on the post-Garfunkel years, highlighting the creative over the commercial. Simon's mastery of melody, chordal harmony, and rhythm is clear even in early tracks (for a master class on impeccable melodic phrasing, see "Peace Like a River"), as is his willingness to engage foreign sounds and cultures. Even before his 1986 world-music bonanza Graceland, Simon experimented with reggae ("Mother and Child Reunion," 1972), Afrobeat ("Late in the Evening," 1980), and African percussion (the underrated, gorgeous "Hearts and Bones," 1983). Even his later output remains adventurous: 2006's Surprise enlisted aural landscaper Brian Eno, and this year's So Beautiful Or So What utilizes vocal samples. While Simon's career has had commercial lulls, his successes could never be repeated in a music biz that now relies too heavily on image and marketability (two things he never really had going for him). Songwriter puts the focus where it belongs: Simon's unwavering dedication to his craft. In the end, it all comes down to the songs. They don't get much better than these.