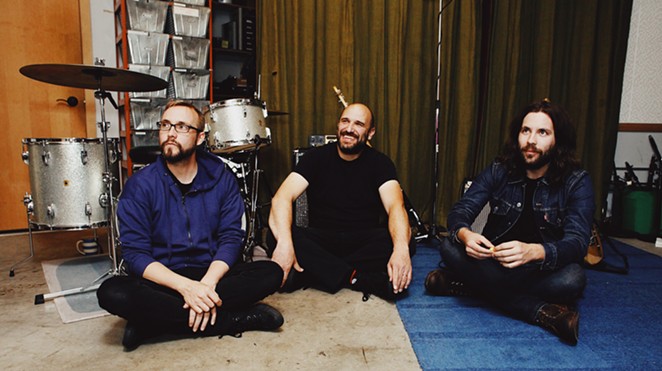 Prolific Seattle singer-songwriter David Bazan is returning to San Antonio with his seminal band Pedro the Lion, which he reformed in 2017 after dissolving it a decade or so earlier. Formed in the mid ’90s, Pedro the Lion’s endlessly pliable, lo-fi emo sound had an important impact on what indie rock became in the early aughts. Early this year, the band released the appropriately, if obviously, titled Phoenix, its first new album since 2004.

Now local fans have a chance to catch the revived band in action and experience both new material and old favorites.

As if that’s not swell enough, Pedro the Lion comes to town with popular post-hardcore/art rock act mewithoutyou. Taken all together, it promises to be a great show for everyone that’s been stubbornly holding on to their sadcore 1990s angst.