Phantom Room Fire Leads to Cries of "Save Our Strip" 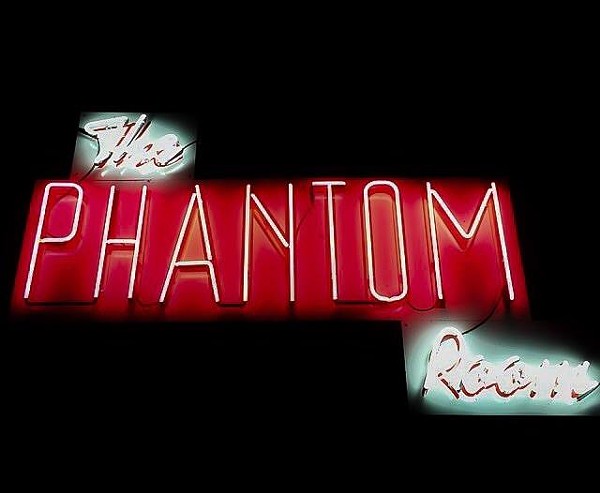 When a fire tore through the Phantom Room this week, San Antonio didn't just lose a short-lived but cherished party spot along the North St. Mary's Strip. Now that fire officials are calling the building a "likely total loss," the void left by the Phantom Room blaze has left many wondering what's next for the area, which in recent months has seen big-box townhouse and condo buildings sprout up like weeds along its edges.

Robbie Rodgers is one of those people who are very nervous about the Strip's future – so much so that he created a change.org petition calling on city leaders to immediately suspend any new development in the area while they conduct an economic impact study, among other demands.

"The 'total loss' of The Phantom Room marks a critical moment for the scales balancing our city's past and future," Rodgers writes in his petition. "Investment, speculation, and ventures are playing Supermarket Sweep with our city's creative and cultural heritage, and, as of yesterday, nowhere is the vulnerability greater than the St. Mary's strip." The petition had gathered nearly 500 signatures within a day of being posted. (Some might remember Rodgers for making another very serious change.org petition about tacos not that long ago.)

While people like Rodgers are calling for city help to "Save Our Strip," there has in fact been a year-long effort to organize business owners along North St. Mary's, says Blayne Tucker, the attorney and music promoter behind the Maverick Music Festival who took over The Mix in 2015. Not long after assuming control of one of the Strip's longtime watering holes, Tucker helped form the St. Mary’s Business Owners Association, which meets monthly to discuss concerns from nearby neighbors, basic public safety improvements (like better lighting, more crosswalks, and much needed street and sidewalk repairs) and, more generally, their vision for the Strip moving forward. He says they've been trying to work closely with the Tobin Hill Neighborhood Association "to reconcile any differences they have with the businesses themselves and to figure out what issues we're all concerned about – whether we live, work or own businesses here."

In the past, neighbors soured on the Strip as an entertainment district after its bar scene got so hot in the late 1980s and early 90s that some 15,000 people would show up for an MTV-promoted street party. Now, Tucker says, people are concerned about how to leverage the energy and traffic coming from the nearby billion-dollar buildout of the Pearl complex without radically changing the character of neighborhood.

Some, like La Botanica owner Rebel Mariposa, have a word for the dynamics at play: gentrification. Mariposa, a native San Antonian who left the city to work in California for several years, opened up her restaurant/bar/community gathering space last year after Danny Delgado – who's opened a number of businesses along the Strip, including the now fire-gutted Phantom Room – asked her if she wanted to expand her vegan catering into a full-blown brick-and-mortar establishment at the north end of the Strip. La Botanica has since become a cultural anchor on North St. Mary's, a place not only for dance parties but also for political action, critical dialogue, and a safe space for San Antonio's LGBTQ community.

Mariposa says people are probably freaked about Phantom Room's burning not just because it was already being encircled by what are sure to be gaudy big-box town home buildings. "Phantom was a club for young people of color," she told the Current. "When you go into Phantom, there was a lot of raza, a lot of gente, a lot of black and brown folk going in there. It was a safe space. Anyone could go in there, which was different than some of the other spots on the strip." Mariposa says people are worried the fire could clear the way for something else that more closely resembles the encroaching condo development – or, for that matter, the Pearl.

"Places disappear and things that don't resemble them at all move into their place," Mariposa said. "Because it was Phantom that we lost, it brings up this as a race thing and also a class thing for a lot of younger brown women and men that I've been talking to and who have been sharing their comments with me." (Delgado has so far declined requests for comment from the Current.)

Meanwhile, Paper Tiger owner Chad Carey has a characteristically blunt response for people worried about the future of the Strip: "Get involved and demand non-shitty development." He pointed to Tucker's efforts to organize Strip owners as a necessary first step. And in a lengthy Facebook post responding to the "Save Our Strip" petition, Carey (as he's known to do) got all scorched-earth:


Will there be shitty, tasteless development that comes after? Sure. Will douchebags of all stripes try and monetize/exploit what other people have built? Of course.

Here's the brutal truth: in the State of Texas, cities and counties can't arbitrarily stop "development". If a project meets zoning standards, and the city's development code, and International Building code...that project must be approved. No matter how hideous/shitty/dumb the project might be (take, for example, the townhouses next to Phantom).

Instead of lame Facebook whining, try this: attend a Zoning Commission hearing. A Planning Commission hearing. An HDRC hearing. Volunteer your time to serve on one of the many City boards that almost always have openings. Join the Congress for New Urbanism. Advocate for form-based code, and for the expansion of Historic Districts and Neighborhood Conservation Districts that can actually stop shitty development (there's a reason you don't see much of this crap in Monte Vista & King William).

Resist the urge to act like a suburban NIMBY.

Mariposa says Carey's asking for people to engage with a system many of them don't fully trust – and for good reason. Take, for instance, the recent plan to raze the Malt House, a west side icon, and replace it with a Valero gas station. Many in the community felt betrayed because they thought they'd already fought that fight – officials had already designated the building a "local historic landmark" in 2013 as part of a larger historic preservation initiative on city's west side. But due to toothless historic preservation rules, the city couldn't even stop the sale and demo of a building it had already determined should be saved.

"People like Chad are used to the process working for them," Mariposa said. "Other people in this community have had different experiences."

Mariposa says she agrees with and signed the petition calling on city help to ensure there's an ongoing conversation about smart development along the Strip. "If people can’t read that petition and want to have a dialogue around it, then that’s a red flag to me," she said.