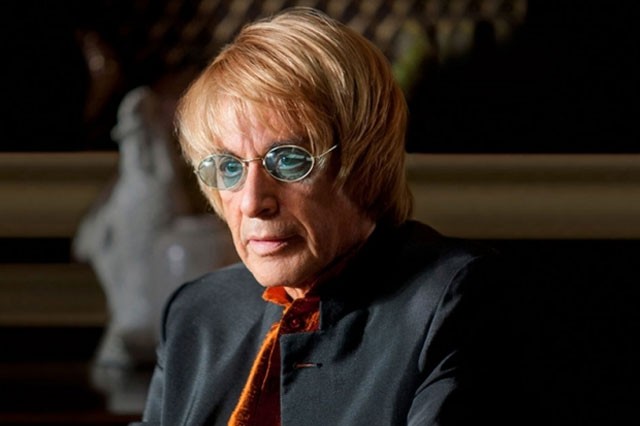 Phil Spector (Sunday, 8 p.m., HBO) has a startling premise: that the freaky music producer might be a human being. Against the backdrop of his 2007 trial for murder, writer-director David Mamet tries to figure out what makes Spector tick. The movie forces viewers to confront their prejudices about the oddballs in our midst, especially the artist-oddballs.

As portrayed by the amazing Al Pacino, Spector makes a persuasive case for himself. With a legalistic cast of mind, he subjects Kenney Baden to motor-mouth justifications for everything he’s done in his life. The guy is exasperating, to be sure, but you gain a measure of sympathy for a self-described “wretched, stunted poor kid” who worked his way to the top of the music business through talent and drive. As for Clarkson, he’s got a theory about why she might have shot herself on their ill-fated date. He believes she was addled by L.A.’s sick culture of fame – a culture he knows all too well.

Just when you’re starting to believe him, Spector – wearing one of his trademark fright wigs -- will say or do something crazy. Suddenly, you’re back to wondering what to believe.

Without letting Spector off the hook, the movie argues that this tragic figure has a heart. For anyone’s who’s heard songs like “To Know Him Is to Love Him” or “Spanish Harlem,” that shouldn’t come as a complete surprise.

Kids’ Choice Awards
Saturday, 7 pm (Nickelodeon)
Given all the movies, music and TV shows fueled by kiddie consumers, you’d better believe the stars turn out for this celebration of juvenile preferences. And not only do they turn out, but they allow themselves to be drenched in the ceremony’s trademark green slime. After the pomposity of last month’s Oscars, a little green slime will be refreshing.

Last year, the underage voters broke my heart by choosing Alvin and the Chipmunks: Chipwrecked over The Muppets as Favorite Movie. This year, I’m hoping they’re discerning enough to choose The Amazing Spider-Man over Diary of a Wimpy Kid: Dog Days. Do good taste and green slime have to be mutually exclusive?

Romeo Killer: The Chris Porco Story
Saturday, 7 pm (Lifetime)
Romeo Killer follows the template of almost all Lifetime true-crime movies. A handsome rogue fools the women in his life, convincing them that he’s a good guy and not a cold-blooded killer. Despite the movie’s familiarity, you can’t stop watching it, due to the solid acting and filmmaking. We know the rogue is guilty (first clue: the title), but it’s satisfying to see how he gets his just deserts.

Chris Porco (Matt Barr) is a college student accused of murdering his father with an ax, and trying to murder his mother the same way. She survives and argues for his innocence, to the dismay of the investigating detective (Eric McCormack). The other women in Chris’ life stick by him as well, thanks to his smooth-talking ways.

Obviously, they’ve never seen a Lifetime true crime movie, or they would have known better.

Chupacabra vs. the Alamo
Saturday, 8 pm (Syfy)
This entry in Syfy’s series of wonderfully awful monster movies features dog-like beasts called chupacabras, who maul most of San Antonio before a final showdown at the Alamo. But the chupacabra isn’t the only strange creature on screen here. There’s also Erik Estrada, the aging ‘70s TV star, cast as the charming tough guy who must save the city.

With his minimal acting chops, Estrada has trouble communicating either charm or toughness. And his action-hero one-liners are simply puzzling. “Chupa this!” he snarls at a chupacabra before plugging it full of lead. Say what?

Chupacabra vs. the Alamo has everything it takes to please a bad-movie aficionado such as myself. There are enough cheesy special effects, disposable victims, and stupefying conversations to pass a Saturday evening. You know you’re in for a good time when Estrada earnestly tells a dying man with most of his neck chewed off, “You’re gonna be all right!”

Chupa this? Don’t mind if I do.

Married to Medicine
Sunday, 8 pm (Bravo)
Bravo’s latest batch of misbehaving rich people are doctors and doctors’ wives in Atlanta. As usual, they live in high-class settings while indulging low-class behavior: cursing, bragging, throwing crockery. Before the hair-pulling commences, they offer each other helpful advice: “Start acting like a doctor’s wife instead of a whore!”

Married to Medicine is a lot of fun, with explosive personalities and conflicts. It’d be a lot less fun if you lived in Atlanta and recognized your own doctors on screen. These medical personnel are a bit distracted, to put it mildly.