Pillow Talk embraces the suck with an easy country tempo 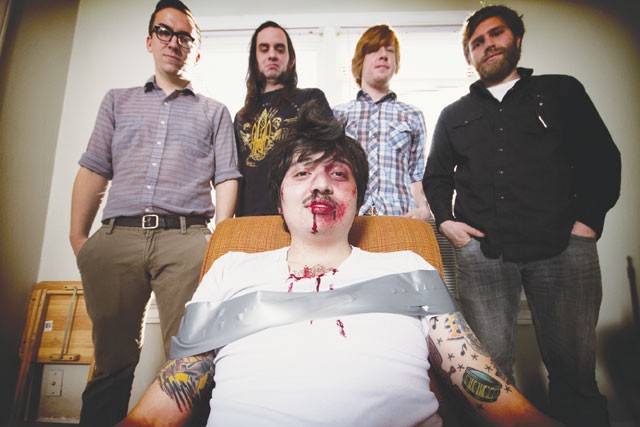 Generally, musicians and music fans fall into two camps: those who believe that creativity has a shelf life and those who don’t. In the case of Pillow Talk’s Jerid Morris, 29, losing one’s creative edge is just part of growing up.

“The more you unravel the whole mystery (of music), the shittier your songs become,” he said, in a recent phone interview.

Young, angsty musicians, hell-bent on writing about high ideals and abstract thought eventually fall prey to boilerplate sentimentality and heartbreak, he said. Illustrating his dilemma, he invoked the specter of his first band, Muldoon. People frequently tell him that that group’s first album, Coat of Arms, is still one of their favorite recent records. Five years and three projects since, Morris both regrets giving up on Muldoon and insists that he can barely tune his guitar these days.

“It’s hard to write songs when you suddenly understand that everything is four chords,” he said. “That’s why Steve Vai and Joe Satriani can hardly write a song to save their ass. [Their music] is just all technicalities.”

Pillow Talk, Morris’s new project, sounds like the work of an accomplished musician embracing simplicity. The debut EP Faux Fur features none of the sprawling emo of his previous projects Muldoon, Great Northern Guns, and Stegosaur. It’s a sleepy doc of indie country birthed out of some tumultuous life events. In 2007, Morris divorced his wife of seven years and immediately got into a tortured dysfunctional relationship with someone else for another year. He said he felt like he was living life backwards, having adolescent romance experiences after his first marriage at age 25. In other words, it was perfect country material.

Meanwhile, Faux Fur is just a smattering of Pillow Talk’s catalog. Morris said there’s an analog full-length sitting in the archives of Infinity Recordings Studios in Austin that no one is ever likely to hear. That first session is the product of two years’ work (Morris recording with a rotation of guest musicians) and about $5,000. He said that Infinity owner Barrette Walton’s life was “spiraling out of control” and believes that his project suffered for it — with Walton demanding an additional $1,000 to access the original tapes. Rather than pay, Morris signed with Texas is Funny Records this summer, where he plans to stay.

On shifting to country, Morris said the change wasn’t all that drastic. After all, emo icons like Sunny Day Real Estate and The Promise Ring aren’t all that far from Hank Williams in his sappy heyday. “They were like the kid who just got his ass beat and he’s singing a song about it and smiling,” he said. “[It’s] the idea that you can say crappy, emotional shit and, you know, laugh about it.”•