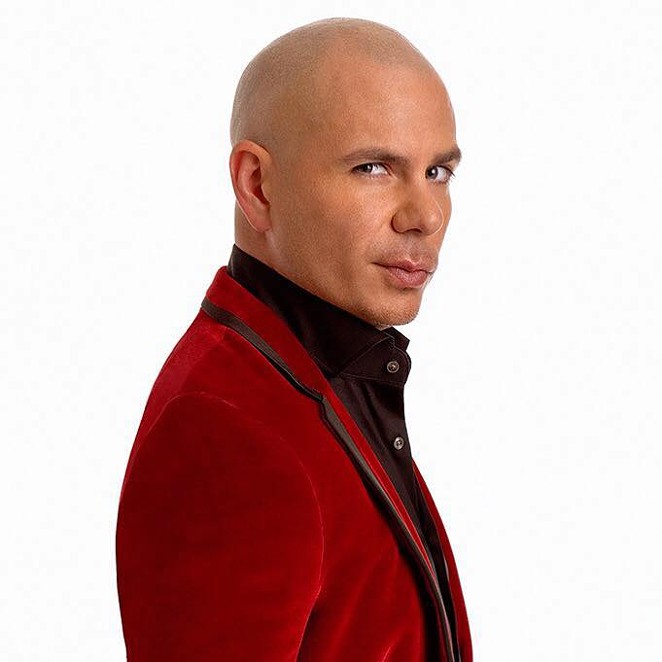 The Miami-born son of Cuban refugees, Armando Christian Pérez, or Pitbull, has officially announced 2016's "The Bad Man Tour," which will also feature Latin singer-songwriter Prince Royce and special guests. The tour will stop in San Antonio on Tuesday, July 26.


Mr. 305 and Prince Royce are two of the most ubiquitous Latin pop stars in the world – Pitbull's social media presence alone reaches nearly 90 million people a day. As for Royce, no slouch himself, the singer has garnered numerous accolades including 12 number one Latin hits, 20 Latin Billboard Awards, 18 Premio Lo Nuestro Awards and eight Latin Grammy nominations.


The concert featuring the Dade County rapper who made his formal debut in 2002 on Lil Jon's Kings of Crunk and has maintained his popularity with ass-shaking singles from 2004's "Culo" up to last week's "Messin' Around" selling 6 million albums in the process, will take place at the AT&T Center. Tickets will go on sale to the general public Saturday, May 21 at 10 a.m. at livenation.com and attcenter.com. American Express Card Members can purchase tickets in select markets starting on Tuesday, May 10 at 10 a.m. through Friday, May 13 at 10 p.m.