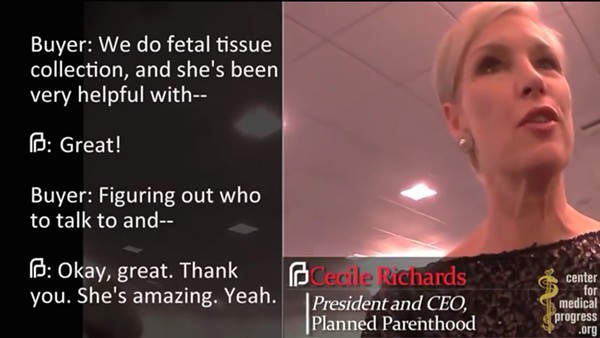 The one's the sent Texas and the country's right-wing politicians into a fervor that sparked Congressional hearings?

Well, now, Planned Parenthood is suing the group behind the videos, The Center for Medical Progress.

Buzzfeed reports Planned Parenthood filed a racketeering lawsuit against the group, calling it a “a complex criminal enterprise conceived and executed by anti-abortion extremists.”

Center for Medical Progress founder David Daleiden, who is named in the lawsuit, says he is ready for a fight.

Posted by The Center for Medical Progress on Thursday, January 14, 2016

You can read the entire lawsuit over at Buzzfeed.