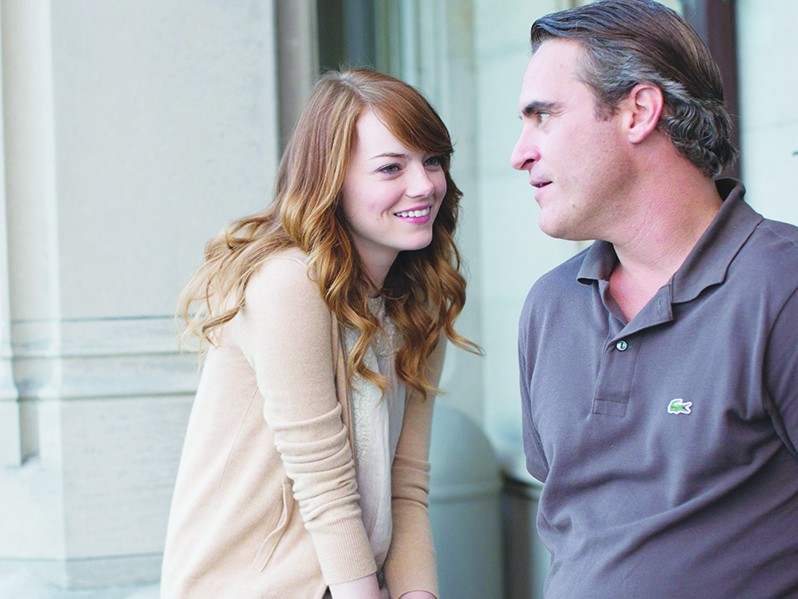 Sometimes the less you know about a movie, the better.The trailer for Irrational Man is terrible because it makes the movie look dull and, aside from serving as writer/director, Woody Allen's latest film starring Joaquin Phoenix and Emma Stone offers little reason to pay to see it. There's a reason it feels uninspired and this is what also makes the trailer kind of brilliant: It holds back on a major plot development that drives the latter two-thirds of the film and in so doing, it allows a plot twist to work with wonderful ingenuity. Ideally, the marketing department would've found a way to better entice viewers without giving too much away (as far too many trailers do), so it'll be interesting to see if people give this a chance.

Since trailers don't reveal what this movie is really about, I'll hold back as well. What you need to know is Irrational Man isn't just a bland story that follows depressed philosophy professor Abe Lucas (Phoenix) and the two women, one a student (Stone) and one a colleague (Parker Posey), who occupy his time while teaching summer school at a Brown-esque university in Rhode Island. There's much more complexity and morality to it than this and it's better because of it.

Irrational Man hits on the familiar Allen tropes of existentialism, infidelity, paranoia and the complexities of love. It's also very intellectual: If Midnight In Paris was Allen's love letter to literature, this is his love letter to philosophy. However, a key difference is that familiarity with literature greatly improved one's viewing experience of Paris, whereas here ample philosophical references enhance the film for anyone. Allen uses philosophy to suit his purposes — he doesn't allow it to drive the ship the way literary figures drove parts of Paris.

Is Irrational Man funny? At times, yes. But this is more Crimes and Misdemeanors and Match Point than it is Bananas or Annie Hall. Regardless of the type of movie, Allen's ability to find truth in uncomfortable places has always been one of his best qualities as a writer and director and he's in top form here. We're given Abe's background and learn of his struggle to save the world and therefore understand why he'd be so disillusioned. We completely get how Stone's young and ambitious student would be attracted to Abe even though he has so little going for him.

After reading this review, do yourself a favor and don't watch or read anything else about Irrational Man until you see the film. You'll thank me later.