P.O.D., Buck Cherry, Lit and Alien Ant Farm Are On Tour Together and Headed To Texas 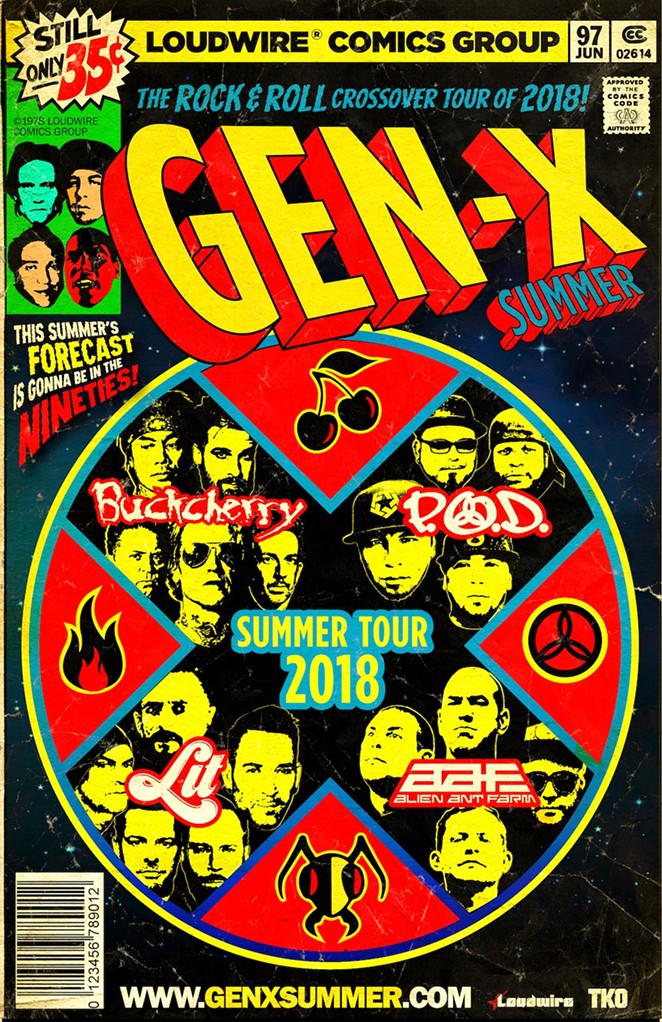 Oh, man. I couldn’t tell if this was like a joke lineup, like you know how people put those fake festival lineups together? Well, this isn’t a joke, and if you dig ’90s nu metal and alt-rock, then this is probably a tour you want to check out.

Aptly dubbed the Gen-X tour, Buckcherry, P.O.D., Lit, and Alien Ant Farm are joining forces this summer to remind America that, hey, Gen-X’ers did some crazy shit like … rapping about Jesus over metal grooves and … covering Michael Jackson songs?

Love these bands or hate ‘em, at the end of the day, these dudes were at one time heavy hitters.

Buckcherry frontman Josh Todd said to Loudwire in a press release "You’re gonna get your money's worth on this one, the Gen X Summer tour is gonna be one to remember for sure. I love these bands. We all came out around the same time exploding onto the scene with great summertime hits and an awesome live show...let's get wild and loose!"

“This is the good vibes, rock and roll tour of the summer,” said Sonny Sandoval of P.O.D. “A bunch of friends hitting the road together and playing music we love for more friends across the states.”

“We’re super excited to tour with our longtime friends and colleagues of 20+ years this summer. It’s going to be a real hoot, to say the least!” Lit bassist Kevin Baldes commented.

Alien Ant Farm guitarist Terry Corso concludes, “[The] Gen X Tour is gonna be one for the books! All Cali bands, all old buddies from the office, who could ask for more right? Except maybe a few thousand American rock and roll fans cruising out to the show to party and receive what we deliver.”

The tour kicks off at the Milwaukee Summerfest on June 28 and will cross the country through early September with several stops in Texas including:

Tickets ($30) can be purchased at genxsummer.com.