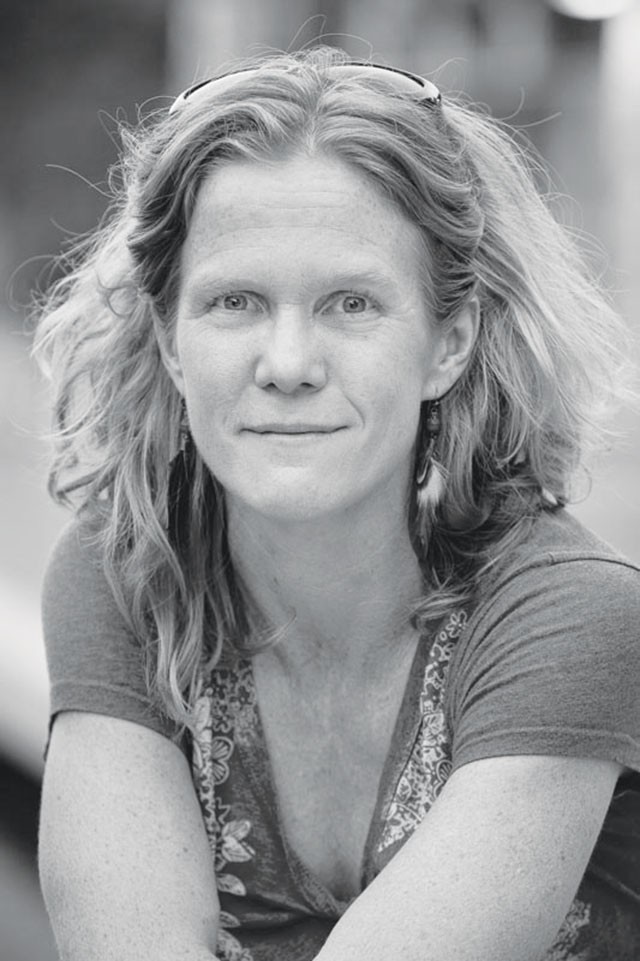 The Yanaguana is not just a place forgotten in history. The waters that once satisfied the thirst of our early settlers continue to nurture deep thought in the writers of San Antonio. Our river is one of poet Jenny Browne’s favorite places in the city, and she confessed in a phone interview that “taking the world at the pace of a walk” is one of her favorite ways to spend time thinking about poetry. Browne, who is an associate professor of English at Trinity University, spoke to the Current for National Poetry Month about poetry and her current favorite reads, including the work of Texas Poet Laureate Rosemary Catacalos, Harryette Mullen, Sylvia Plath and Naomi Shihab Nye. When asked about what it is that people should take away from a poem she fondly recited a quotation from Robert Frost, “No surprise for the writer, no surprise for the reader. … The most important thing for readers is to stay open for discovery.”

Browne was not always set on discovering the road less traveled. She originally intended on becoming a journalist, but found herself distracted by the minute details of storytelling. “How you say something is just as important as what you’re saying,” Browne said. She began to tinker around with language and enrolled at the Michener Center for Writers MFA program at the University of Texas in Austin. She published her first book of poetry, At Once, in 2000 and The Second Reason in 2007. After winning a National Endowment for the Arts award in 2010, Browne began working on Dear Stranger.

The idea to address poems in an epistolary style originated from a collaboration with artist Jennifer Khoshbin titled “Love Letters Lost between strangers.” The project called upon artists, writers, postal carriers, hucksters and locomotive engineers to compose a love letter that was hand delivered to strangers at Luminaria. Upon completion, Browne continued to pen letters as a writing exercise but kept them to herself until now. In its entirety, Dear Stranger is equal parts passion and grief stemming from the loss of her father and brother-in-law (a subject Browne explored in a 2010 guest column in The New York Times titled “We Should Dance While We Can”). Poems such as “The Multiple States of Matter” and “Letter to a Stranger (Suicide)” bring raw emotion and exquisite metaphors to life. Her poems take root in loss but are ripe with existential questions that beg the reader to ask: How can we really know ourselves?

Published in December of 2013, Dear Stranger was chosen by the online literary magazine The Rumpus for its Poetry Book Club and was recently featured at the second annual San Antonio Book Festival.