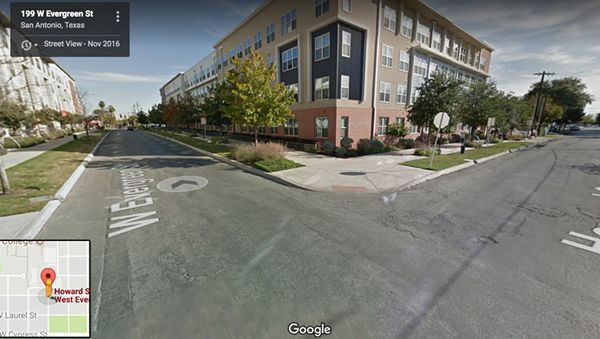 San Antonio Police Chief William McManus said two officers were in "very critical condition" after a suspect shot them during what the chief called a routine "field contact" north of downtown Thursday afternoon.

McManus said the two officers, 9-year veterans of the San Antonio Police Department, were part of a patrol team responding to a number of recent "street crimes" in the area. He told reporters that at just after 3 p.m. on Thursday, the officers attempted to stop a couple of men at Evergreen and Howard, just a block or so from the Main Street strip and right on the edge of the San Antonio College campus.

"As soon as they got out of the car, one person opened fire on both of them," McManus said. He said one the officers, who haven't yet been identified by the department, "pulled his partner out of the line of fire when he was hit."

McManus said one officer was struck "in the head, facial area," while the other was shot somewhere in the upper torso. He said the officers returned fire and hit the suspect, but didn't describe the suspect's injuries – that is, except to say all three men were at the hospital in "very critical" condition.

As of Thursday evening, McManus said police have no information as to "why the guy would have opened up on the officers." He said the incident was over in a flash. "It happened so fast."