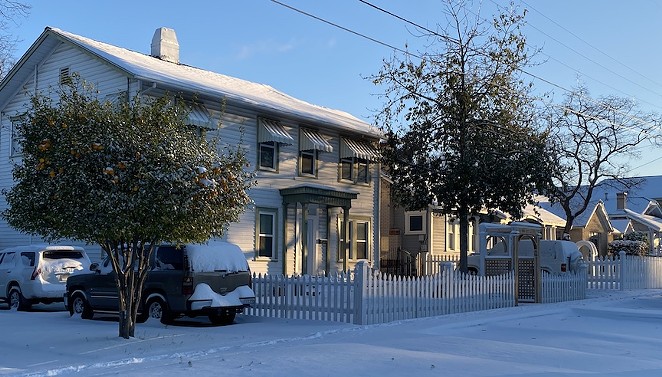 Likely Bexar County voters support a trio of direct-payment programs designed to help struggling residents, including a one-time cash payment to those financially harmed by last month's winter storm, according to a new poll.

A survey from nonprofit journalism site The Appeal and progressive firm Data for Progress shows that local voters favor using direct payments to help marginalized people in targeted ways. It asked respondents about their support for payouts to those affected by the historic storm, those trying to return to society after leaving prison and those leaving foster care.

Respondents' support for direct payments is especially clear when it comes to compensating Texans who incurred huge energy bills, property damage and other one-time costs during the February freeze. According to the poll, 76% of likely Bexar County voters support such a payment, while just 14% oppose it.

Support for such one-time cash payments is strongest among Bexar Democrats, but had considerable support among Republicans as well. According to the poll, 30% GOP supporters said they strongly support such a measure, while 39% percent said that they somewhat support it.

"The storm happened in the midst of COVID, when people were already suffering job losses, cut hours, facing evictions all over the place, and now to have this storm come in and pretty much wipe them out — it's like, what's next?" Garcia said.

The partisan divide among likely Bexar voters was stronger when it came to a proposal to offer monthly payments of between $100 and $1,000 to ex-prisoners re-entering society after completing their incarceration.

According to the poll, 65% of Democrats support the proposal, compared to just 31% of Republicans. The measure has the support of an even half of respondents overall.

There was a similar partisan divide whether to provide direct payments to people coming out of foster care, depending on their need. However, that proposal is popular overall — with 60% of respondents in support and just 28% opposed.

San Antonio Mayor Ron Nirenberg last year signed onto Mayors for Guaranteed Income, a nationwide coalition of some 40 city leaders who pledged their support for monthly payments at either a local, state or federal level to shore up the country's social safety net. Houston Mayor Sylvester Turner is also a signatory.