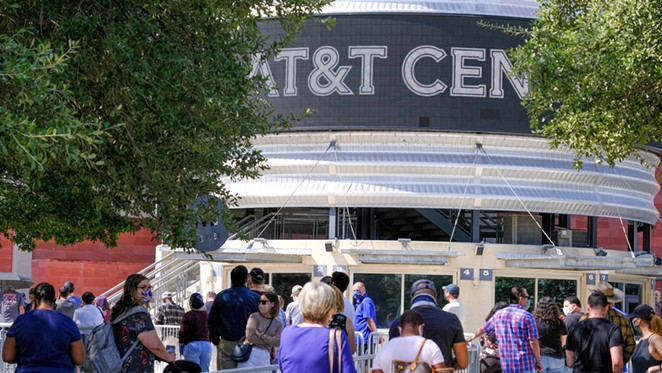 From voting access to police use of force, Texans aren't exactly on board with a variety of the state Republican Party's public policy positions, a new University of Houston poll shows.

Even though the November election brought few state wins for Democrats, the school's poll of 1,329 Texans show that they break with the state's dominant political party on a number of issues. The survey was split between people who identified as Republicans, Democrats and Independents.

Notably, respondents said they want less restrictive voting laws, something Republicans have long opposed. According to the poll, 66% of Texans want online voter registration, and 55% are in favor of no-excuse mail-in voting for people under 65.

Texas has some of the most restrictive voter rules in the country, and state Republicans have repeatedly claimed that loosening them would lead to widespread fraud. Gov. Greg Abbott and other GOP officials waged legal battles last fall to prevent mail-in voting during the pandemic.

Among the University of Houston's other findings:
Stay on top of San Antonio news and views. Sign up for our Weekly Headlines Newsletter.