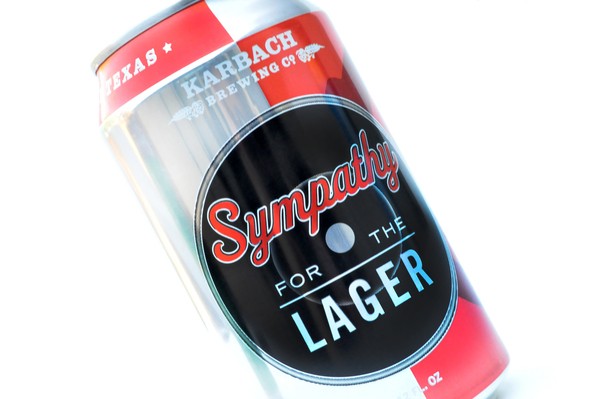 Next week marks spring break for most public schools and universities in Texas. And with South Padre to the south, the many miles of the Guadalupe River available to the north and SXSW about to kick off, it's an ideal time for carefree undergrads and beleaguered teachers alike to grip some brews. Safety first, of course — there's no glass allowed at the beach or on the river, and all it takes is one klutzy badge holder to knock your longneck into so many sudsy Sixth Street shards.

In consideration of such practical concerns then, this month's column focuses on some artisan beers that are offered in cans.

Conroe's Southern Star Brewery seemed a natural place to start — "First To Can Craft In Texas," in 2008, as its labels proclaim. The seasonal offering is the Red Cockaded imperial red ale. Named for a local species of woodpecker whose habitat receives a portion of the proceeds from purchase, Red Cockaded pours a beautiful deep red color, though you'll only see it if you pour yours into a red Solo cup. The flavor profile is reminiscent, oddly, of how Red Hot candies taste after the spicy first layer melts off, sweet and a little gummy. With a piney aroma and resinous mouthfeel, it tastes like a few of Conroe's indigenous pine trees made some inadvertent needle and sap contributions to the boil.

Karbach is another Houston brewery making major inroads in SA in recent years, so I'll also submit its Sympathy For The Lager as an ideal beachfront or riverside sipper. As the name implies, this is their attempt to add a drop of craftsmanship to the ocean of fizzy, swill-y American lagers that will be consumed over the course of the next week. Despite my general aversion to beers I can see through, I love SFTL. There's enough personality in its pale malts and noble hops to give the most broheimey shotgunner pause, while still possessing a body and alcohol content light enough for beer pong.

If you're in a rush to the beach but still want something more flavorful than seawater, you're in luck — the Sproetzl Brewery is now offering its Ruby Redbird year-round, in cans and in many gas stations and grocery stores from here to Corpus. A lager brewed with ginger and Texas grapefruit, Redbird is a beer with some bite, and its 4.9 percent ABV means that you can sip on a six-pack over the course of an afternoon without waking up face-first in the sand.

Lastly, local gastropub-turned-proper-brewery Freetail Brewing Company is the second in the city to make its product available in aluminum (Branchline was first). Given the one-in-four chance that spring break will, you know, feel like actual spring, its Bat Outta Helles makes for a perfect complement.