Possible link between sleepy teens and increase in weed and alcohol use, study suggests 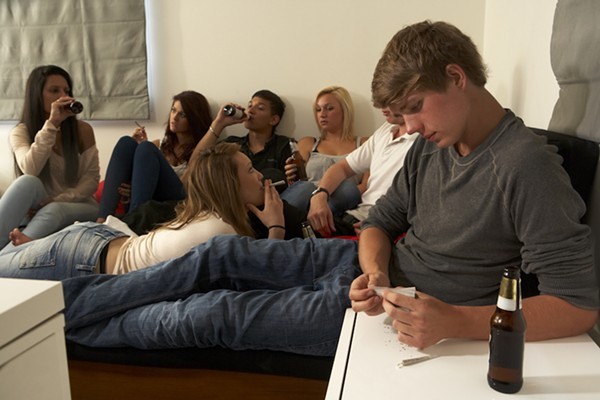 A recently published study suggests that there may be a correlation between teens getting too little sleep and increased use of cannabis and binge drinking, High Times reports.

The study, “Self-Reported Sleep and Circadian Characteristics Predict Future Substance Use: A Longitudinal Analysis from the NCANDA Study,” looked at 831 participants ages 12-21 and identified sleep variables, quality, duration, daytime sleepiness, and naps and compared that to substance use during the following year.

For subjects who preferred to go to sleep later in the evening, referred to greater eveningness in the study, and those with shorter weekday sleep habits, authors predicted an increase in cannabis use in the year following the sleep study. An increase in alcohol binging was also predicted to increase in those subjects who stay up late, report frequent daytime sleepiness, and overall shorter sleep during the week and weekends.

The Centers for Disease Control and Prevention found that seven out of 10 high school students and six out of 10 middle schoolers do not get enough sleep. Insufficient sleep in youth has been linked to "increase risk of obesity, diabetes, injuries, poor mental health, attention and behavior problems, and poor academic performance." According to the CDC, children ages 6-12 require 9-12 hours of sleep per night, while 13-18 year olds should get 8-10 hours a night.

One solution offered by the authors of the study and the American Academy of Sleep Medicine would be to move school start times up to allow for children to get more sleep. The average start time for school in the U.S. is 7:49 a.m.

“Overall, the results suggest that teens in middle and high school may be more vulnerable to sleep-related risk for substance use,” said lead author Brant P. Hasler, a researcher with a doctorate in clinical psychology and an associate professor in the Center for Sleep and Circadian Science at the University of Pittsburgh, of the study. “The particular pattern of sleep predictors in the middle school and high school sample is consistent with the ‘circadian misalignment’ caused by early school start times.”

Hasler suggests that sleep is a "modifiable behavior" and that it is easier to address than it is treating substance use, and that college-aged students are more likely to modify their sleep patterns, whereas younger students may require delayed school start times to help them achieve the number of hours of sleep per night required to function healthy and reduce the need for sleep-inducing substances.