Prequel to John Carpenter’s 1982 classic gets away with murder 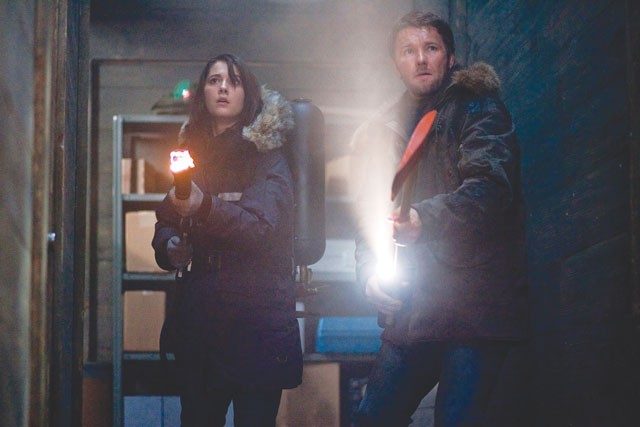 If it ain’t broke, why fix it?

Is there a reason to remake good films beyond the obvious temptation to cash in on a great title? For artistry’s sake, it’s certainly better to remake good ideas marred by bad acting, writing, or directing, than trying to imitate what’s been done before, and better.

The Thing, the so-called prequel to the 1982 John Carpenter classic (which was loosely based on the 1951 sci-fi The Thing From Another World, in turn based on the John W. Campbell Jr. novel Who Goes There?), has plenty of predictable and worrisome ingredients: a radio playing Men at Work tells us we’re in 1982 (the movie takes place three days before the Carpenter film started); there’s sexual tension between the two lead characters; a male lead that reminds us of Kurt Russell; a dog biting its cage; Norwegians drinking their asses off (you know Scandinavians are a bunch of drunks); a scientist who finds horror “fascinating” and insists on taking samples of the “thing” even though to do so would jeopardize everyone’s lives; lines like “we gotta get out of here”; long, dark, suspenseful searches for the monster, including false alarms with someone yelling “boo!”; the pulsating bass mimicking Ennio Morricone’s original score; a scene where someone falls hundreds of feet in the darkness and not only survives but finds a flashlight nearby, like the Road Runner finding a phone in the middle of the desert. And on and on and on.

You need to have good actors, be skilled with the camera, and have a solid script to riff on the masters. First-time Dutch director Matthijs van Heijningen Jr. has all that, except the script. This “prequel” is basically the same movie all over again, with a bunch of guys (and one girl) worked up into a state of paranoia while they both want and fear taking a test to determine exactly who is who. (In case you haven’t watched the Carpenter film, “the thing” can perfectly disguise itself as a human before attacking again). But Heijningen elevated the monster effects created by groundbreaker Rob Bottin in the 1982 film and took them into the stratosphere. With the help of a first-rate make-up and special-effects team (which include Alec Gillis and Tom Woodruff, who worked in Aliens), this thing (or things) that worked just fine in Carpenter’s version are now even more horrific — and they’re all over the place.

It’s hard to do this kind of prequel without ending up dangerously close to the 1982 film; after all, these guys were attacked by the same creature that attacked Russell and company in the Carpenter version. To have almost the exact same movie sandwiched between a new lead and tail only works if your expectations are low. Then, the movie works in the same way that Aliens worked as a sequel to Alien: it is not the better movie, but you get more of it, and it’s non-stop.

Van Heijningen isn’t John Carpenter, Ridley Scott, or James Cameron. But he is good enough to make a predictable ride absorbing, and he tops it off with a superb ending that, if you get it, will keep you thinking long after the film ends.

At the very least, watch this film to warm up, and then follow it at home with the 1982 version. •