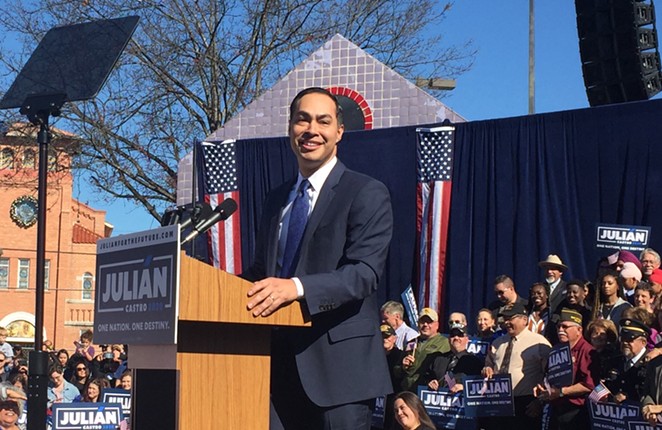 Democratic presidential contender Julián Castro has lifted the curtain on more of his "People First" policy proposal aimed at helping Americans whose paychecks are unable to keep up with rising housing costs.

“Despite the progress we’ve made in recent generations to advance fairness in housing, too many Americans are denied a home on the basis of race, gender, age, sexual orientation, legal status, or disability," said Castro, a former San Antonio mayor who also served as President Obama's secretary of Housing and Urban Development. "Just in the last two years, the Trump administration froze a landmark rule passed during my time at HUD to ensure all communities had the resources needed to overcome historic segregation.”

On Monday, Castro announced the details of his plan, including a massive expansion of Section 8 housing vouchers. He also said he'd introduce a renters' tax credit for those who couldn't qualify for vouchers and push for new federal investment in affordable housing units.

Under additional details released Tuesday, Castro called for stronger enforcement of rules designed to curb housing discrimination. He also said the federal government should play a larger role in desegregating neighborhoods and protecting them from gentrification and displacement.

Castro is revealing details of the ambitious housing program as he struggles to gain visibility in a crowded pack of 2020 Democratic presidential contenders. At present, he's polling between 1 and 2%.