Pretentiousness the true leading role in The Art of Getting By 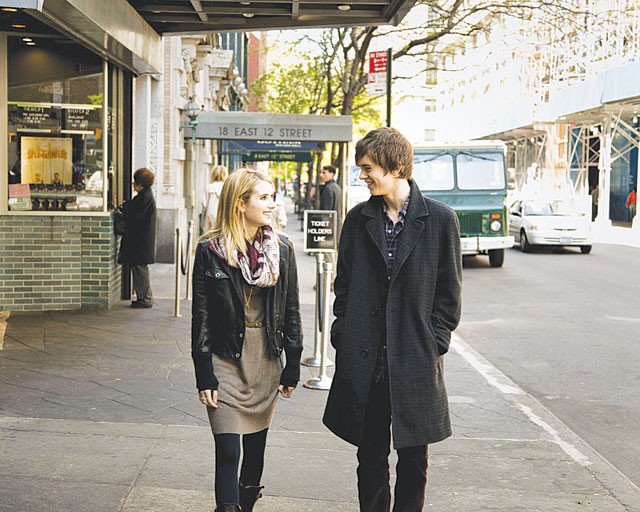 The Art of Getting By

While one could argue about where the line between brilliance and bullshit starts to blur with films like Richard Linklater’s 2001 mindbender Waking Life, Darren Aronofsky’s 2006 mystical sci-fi drama The Fountain, or anything from the conceptual mind of director Terrence Malick, the creative weight they carry should be considered when deciding whether you ultimately deem the work profound or phony. There is no need to do the same with The Art of Getting By, a self-important, stock indie that finds a way to hit every superficial cliche possible and still has the audacity to flaunt itself as a thoughtful look at teenage romance.

Originally titled Homework when it hit the festival circuit earlier this year at Sundance, the now pun-tastic dramedy directed and written by debut feature filmmaker Gavin Wiesen is as pretentious as an artist who spreads layer upon layer of white paint on a canvas and titles the piece The Absence of Being or Black.

In Getting By there are so many sensitive characters with depressing philosophical views that you’d think they were all slacker spawn of Friedrich Nietzsche. Director Terry Zwigoff pokes fun at such pretentions in his 2001 comic-book film Ghost World (a tampon in a teacup in an art class is described as “a symbol for womanhood and ... repressed femininity”), but in Getting By there is no room for that kind of humor much less any unique ideas or relatable personalities. The film just takes itself too seriously. Sure, everyone’s experienced being young and in love before, but Wiesen’s take on hopeless romanticism is chock full of artificial scenarios and sentiment and is as unmotivated as its rebellious emo hero.

His name is George Zinavoy (Freddie Highmore), a precarious 17-year-old kid and self-described fatalist who would rather doodle in his notebook than actually study or do his classwork. George isn’t suffering from senioritis. He just doesn’t see a logical reason to complete his assignments when there is so much more to worry about, like global warming, terrorism, and tsunamis. “It’s my shtick,” George declares when asked why he never does his trigonometry homework. Naturally, George is really just a misunderstood old soul who is very bright despite not applying himself academically. Think Max Fischer from Rushmore, except far less witty and way more wussy. Plus, George is an artist, so Wiesen writes him as the tortured stereotype usually found in movieland.

When he meets New York City transplant Sally Howe (Emma Roberts), a trendy classmate who finds his oddities charming, the two start spending time with each other, frolicking through Manhattan and skipping school to take in French cinema and talk about their miserable lives. When George corners himself into friend-only territory (he basically cries when Sally half-teasingly asks him to have sex with her) a more mature boy (Michael Angarano) with a palette-brush combo in hand steps up to seal the deal.

When compared to other quirky coming-of-age pics, Getting By is about as unoriginal as they come. It’s not offensive just because Wiesen cut his angsty lead character from the same cloth as It’s Kind of a Funny Story or Bart Got a Room or Thumbsucker, it’s that his execution of such heavily navigated terrain isn’t nearly as distinctive as it needs to be to avoid getting lumped in with every other sad-sack storyline that came before.

Without giving much of a reason for George’s aloof lifestyle, it’s difficult to maneuver our way through his misanthropic mind. After an hour of watching him pout, you’re ready for someone to just pump him full of Paxil and tell him to get over it.•