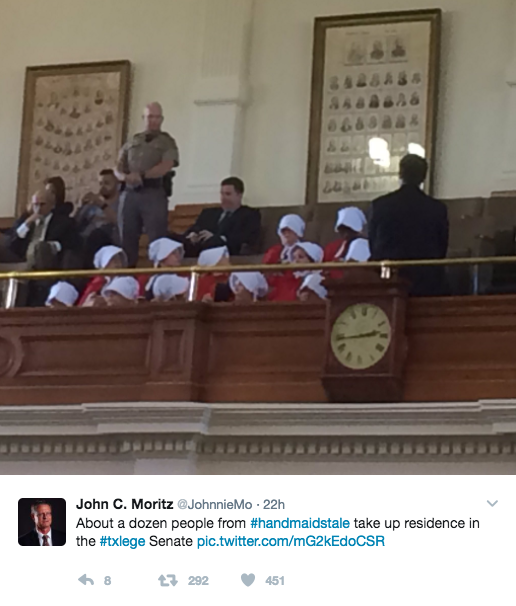 While the Texas Senate has seen protestors before, yesterday's appearance of a group of women dressed in red robes may have been a first.

Dressed right out of the highly acclaimed novel from Margaret Atwood The Handmaid's Tale, which has seen a spike in popularity since the last November's election, pro-choice protestors gathered in the Texas Senate gallery to protest several anti-abortion bills, including SB25, which the senate passed 21-9, allowing doctors to withhold information from pregnant women carrying a fetus with severe disabilities or anomalies.

The senate also considered SB415, a bill that would put further restrictions on second trimester abortions.

Ultimately, the senate considered, and passed, legislation regulating what a woman can and cannot do with her body. Hence the handmaids.

Photos of the protestors began circling Twitter last week, accompanied by the hashtag #FightBackTX. Holding up signs in the senate gallery while dressed in red floor-length robes, the statement made by protestors maybe have been a quiet one. But it still speaks volumes about a Texas legislature filled with conservative lawmakers intent on passing anti-choice legislation every chance they get. 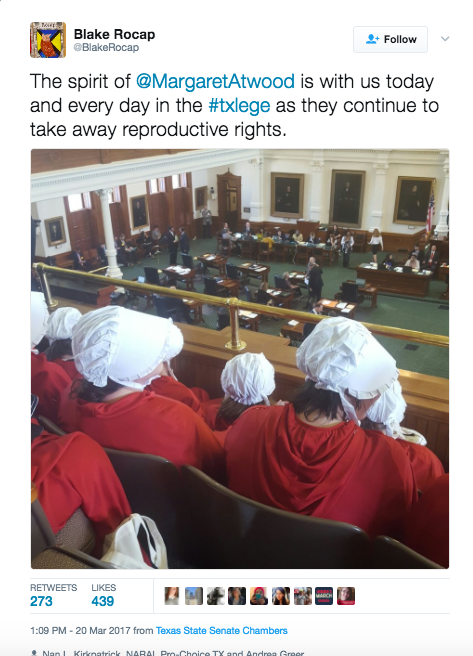