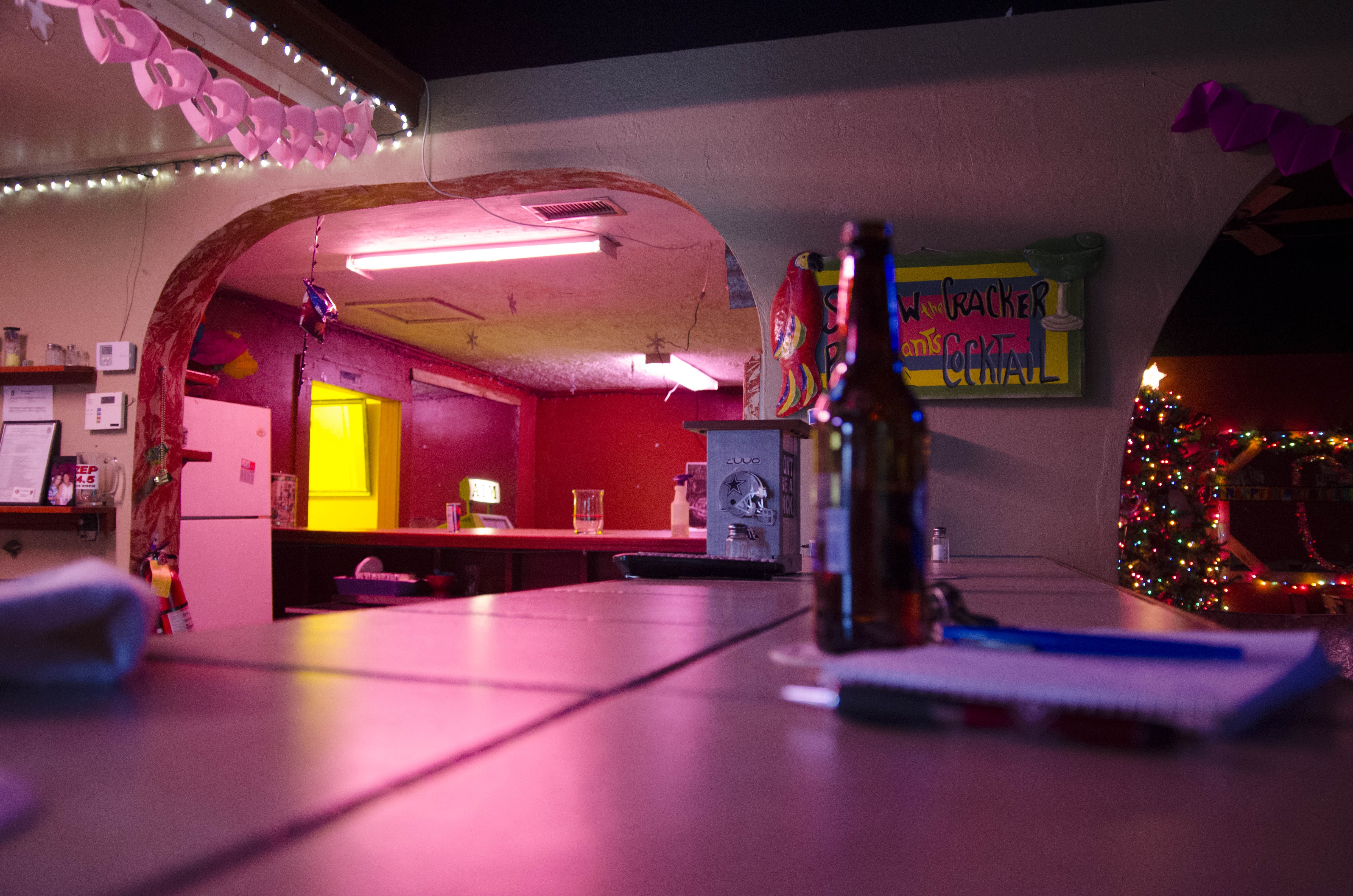 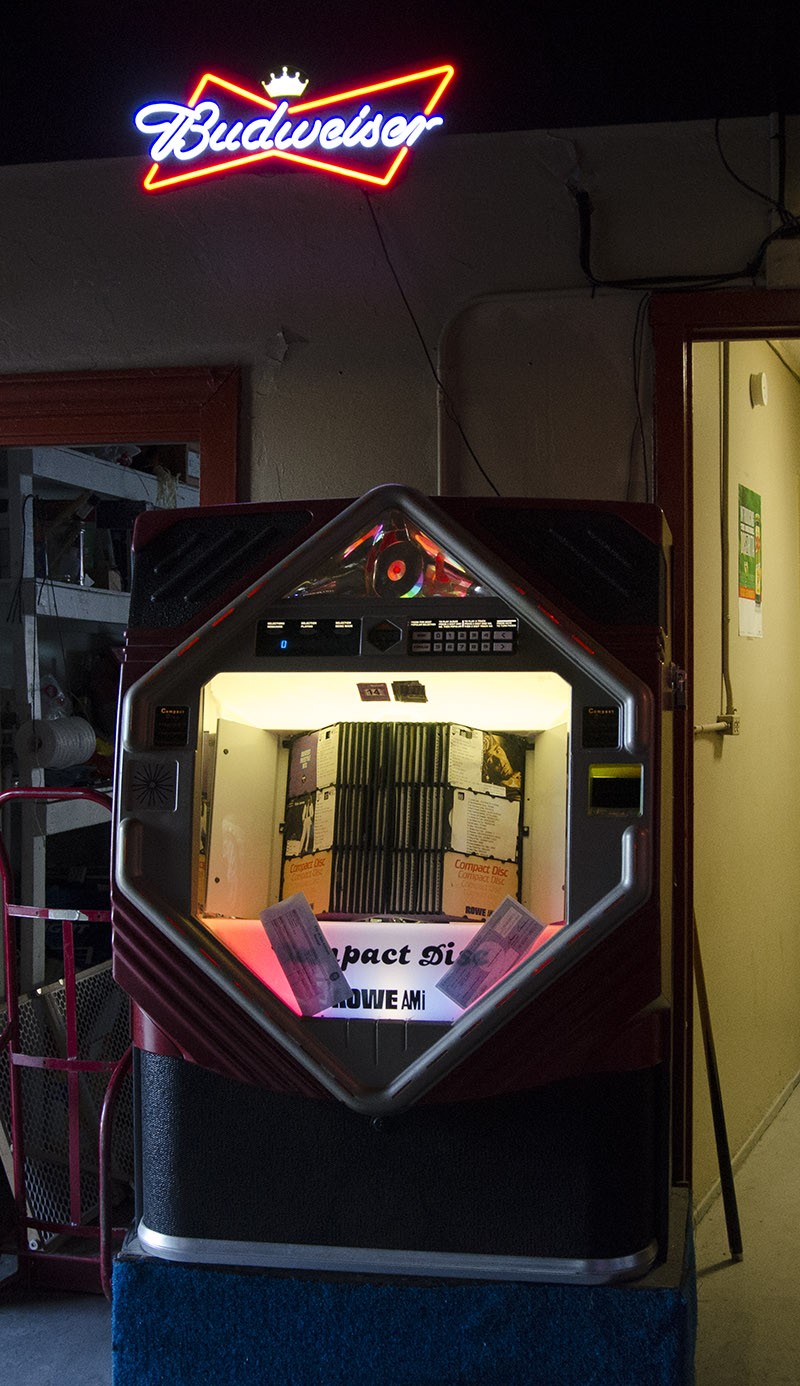 The evening started much like most these days. I'd wrapped things up at the office and headed out to find a Happy Hour to visit. The bar in question this evening had already eluded me once earlier in the week, and it did so once more as I drove up with pal in tow to Cupples Sports Bar. The open sign was gone, and I needed to find another bar to review ASAP.

After dropping off my friend, I searched for another local watering hole to quench my post-work thirst. Sandra's Bar was closed this early evening, and the usual suspects weren't going to cut it. A new bar partner, a co-worker, joined me to scour the web for area bars to visit, calling several and only reaching disconnected dial tones. We were starting to lose hope, and I was way past being patient, when we finally reached a human over the phone at Sisters Bar.

Technically, Sisters is located off César Chávez right after the bridge in front of the Alamodome. It's one of the few bars that dot the area along with Tucker's and Ringside Sports. But while Tucker's capitalizes on awesome tunes and weekday programming, and Ringside drives folks in with its kitsch, Sisters is just a puro dive with a beer license and I hope it stays that way.

Be warned: Mona the bar dog will get you (with her cuteness). The shaggy Yorkie took one look at me from her pup-stroller and gave a few warning barks. Fair enough — there's plenty of room at Sisters for both of us. Our visit may have started off slowly, but the night turned up a few notches as regulars filled in to watch the Spurs take on the Charlotte Hornets on the lone flat screen above the bar. While Sisters has only been open since last May, they've retained several former patrons of Gil's, which it replaced when it closed after five years in business.

Space use at Sisters is utilitarian. There are two weathered, but still plenty usable pool tables along with a pair of dart boards on one side of the building, with a small stage and two rows of tables making up the second part of the bar where a Christmas tree now holds Valentine's Day decorations. Six sturdy, but worn, stools lined the bar and we admired the selection, which took all of three seconds. All told, there are 14 bottled beers to choose from, including Bud Light, Miller Lite, Coors Light, Lone Star and Lone Star Lite, Dos Equis and a few wine coolers, including Smirnoff Ice Screwdriver (they make these!?) and Smirnoff Ice Triple Black (I'm not entirely sure what's in this). That's it.

And that's all you need to enjoy an evening inside the dimly lit bar or on the breezy, picnic table-filled back patio, while sticking dollars in the jukebox. The collection of CDs housed inside this old school system is a selling point on its own. The assortment of tunes ranges from early R. Kelly to La Tropa F to George Strait to Keith Urban. You'll find Jaime y Los Chamacos, alongside Los Tigres Del Norte, Little Joe & La Familia and a 1980s Billboard compilation of Hot R&B Hits. I could have been sitting at a cousin's quinceañera in the Valley for all intents and purposes...

You'll want to get cash out of the ATM for tunes because Sisters doesn't take any plastic. Though the joint comes alive on weekends when DJ Express fills the room with "everything you want to hear," on weeknights the bar is a nice refuge from the overly fussy bars that neighbor it. Beers were a $1.50 during happy hour, from 2 to 6 p.m., and only increased to $2 for a Lone Star and $3 for a Blue Moon (the craftiest of beers available).

The benchmark for whether a bar gets a good review is whether I'd recommend it to readers and friends and I'm torn about this one. As I sat in the pink glow of the bar lights at Sisters, hoping to make friends with Mona and paying next to nothing for a Bud Light, I considered what a sanctuary the bar really is. This isn't the place to see and be seen and you're not going to get a fanciful cocktail come Friday evening. If you're lucky, you're going to get to know bar manager Lisa, Mona the pooch and longtime bar-goers as they stream in with their lady troubles, grab a cold one and soak up all of the charm this dive has to give.