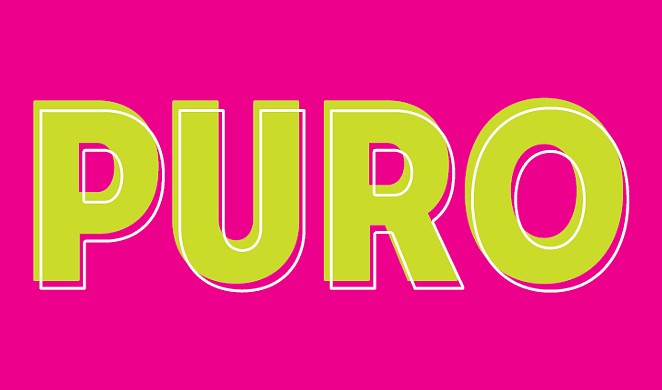 On Tuesday night, about 80 people gathered inside Brick at the Blue Star Arts Complex, where UTSA architecture professor Antonio Petrov led a symposium exploring the meaning of "puro." Kicking off the discussion, Petrov says he began to question the word while working on the city’s tricentennial celebration and architectural projects on Broadway.

While the direct translation means "pure," Petrov believes puro acts as more than a word. The 12 panelists explained what puro means to them while audience members enjoyed tamales from Adelita Tamales and Tortilla Factory. For some panelists, puro represents an attitude, while others say it's an expression. Others said it's about staying true to Mexican culture in the face of cultural appropriation.

Panelist Claudia Guerra, a San Antonio native, questioned that thought. Is puro for everyone? Does someone need to be of Mexican descent or born and raised in San Antonio to understand its meaning or use it without being called out?

Writer Elizabeth Pearson pointed out that puro is unique to different neighborhoods. She shared her own puro moment, saying that the women at Adelita pinch her children’s cheeks every Friday morning when they get tacos on the way to school. Pearson was not alone in saying that sometimes puro is about the people and the relationships you have with them.

For others, puro creates a feeling of nostalgia or sense of pride, especially for native San Antonians. Activist Siboney Diaz-Sanchez took that sense of pride and used puro to determine value and worth. How does puro impact how we choose what gets preserved and what is replaced? As San Antonio continues to grow and see development, it will be up to the community to engage and decide how to stay authentic to San Antonio tradition and culture while chasing progress.

New buildings and businesses have revitalized downtown, and changing neighborhoods are spreading out from the heart of the city. Renowned local artist Cruz Ortiz joked about gentrification coming to his neighborhood on the South Side. In a time when the city is paying homage to our history and planning for the future, where does the puro culture fit in? Where does authenticity come in when the city is working to keep up with the times?

In the question and answer portion of the event, the question of change from within was brought up. While the city tailors to a new San Antonio, how do the struggling neighborhoods that embody puro culture stay afloat? Hector Saldana, a longtime San Antonio Express-News staff writer, pointed out that change takes time and effort.

As Drennon put it, "Sometimes it's the poorly planned collections of buildings that are the authentic."