Queen of Burlesque Coco Lectric on teasing the audience, sexuality, and 'stank face' 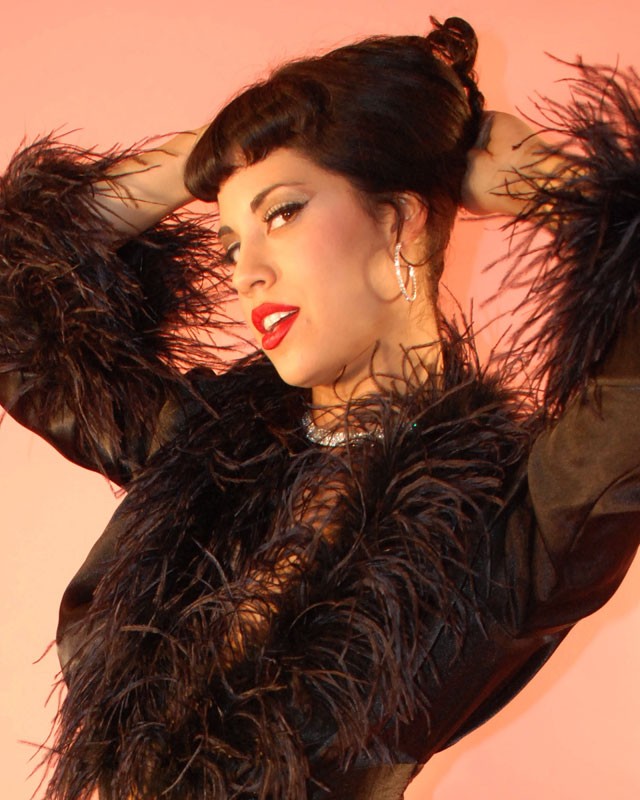 Named 2010 Queen of Burlesque at the influential New Orleans Burlesque Festival, founding member of Austin's Jigglewatts Burlesque and headmistress of The Austin Academy of Burlesque, Coco Lectric has graced the pages of magazines and appeared in numerous festivals. Current Arts Editor Scott Andrews had the good fortune to reach Coco Lectric by phone in between Los Angeles performances last week.

Both you and Perle Noire are the headliners at the San Antonio Burlesque Festival...
I would say that we are two of the more physical burlesque performers, we harken to classic burlesque moves, but also infuse it with our own dance training, and our own style in general. … While I consider myself a neo-classics performer, I always think back to 'What is the intent here?' Classic tease is the intent; ingenuity with your costumes, and your peels, your removals, that is the intent: having that fire, having that tease. That's what it comes down to. Honestly, you're going to have a hard time teasing an audience from the '50s and an audience in 2012 with the same routines. You do have to make modifications. Some might work for both audiences, but others may not. Like when you learn dance styles, the first thing you do is take ballet. It's the same thing in burlesque. You learn classic.

Burlesque seems more like standup comedy than ballet — there's something improv going on, yes?
There's no fourth wall in burlesque, there is an exchange with the audience, there is eye contact. Burlesque, the art itself, is sort of jabbing at, poking fun at something — social norms, for example. Even in classic burlesque, we are often winking and smiling at how seriously people take the idea of sexuality, or teasing; how serious people are about how women are supposed to be when taking their clothes off. Are we supposed to be shy, and coquettish? It can be a dialogue about, "Let me show you something."
Starting out is one thing, and finishing is something else. There is definitely a transition. Even if it is something simple like I'm wearing a Victorian costume, and it's very buttoned-up, and I have to be proper, to going to a complete, warm-blooded female at the end, but still, there's a transition, there's an art there, there's something going on where you are communicating a message. … Whatever the case may be,  even at its simplest, it reads almost like a short story. You climax at a certain point, and then you just enjoy the fruits of your labor, and are happy that everyones happy.
What we are bringing is positive. We invite the audience to share this with us. In a lot of ways, it is more like a standup comedian than a ballerina. If somebody looks terrified, that is that one person who I am going to blow kisses to and look right at while I am doing a peel. Absolutely. Because I want that person to feel a little bit more comfortable. I want them to know that I am inviting them to watch my show. And nine times out of 10, they are going to giggle to themselves, and go like, "Well, okay, I guess she can see me, so I better stop making stank face." Or they will excuse themselves and leave, or they will look down at their phone and start texting because they are uncomfortable. There is a resolution, in any case, when you address the problem. We can see you. You know, it's not TV.

You're not blinded by the footlights?
Not usually. In a really big theater sometimes you are, but looking at my videos, you'll find that I get almost to the edge of the stage when I am in a really large theater, and that's when I can see past the lights and look at the people. It's not really flattering lighting for myself, but that's not really my concern. I might look at pictures later, and go, "Oh damn, girl!" But honestly, when I'm up on stage it's all about the audience, the music, and what I have to offer. It's not about what I might look like later ... that's not my job. I'm interested in the actual live performance. The exchange.