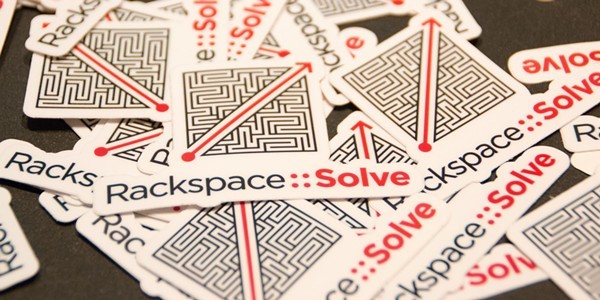 The Rackspace CEO who led the company through a multi-billion dollar sale to a private equity firm last year is stepping down.

Taylor Rhodes announced his resignation in a blog post on the Rackspace website Wednesday, calling it "the toughest decision I've ever had to make." His resignation, effective May 16, comes just three months after the company cut 6 percent of its U.S. workforce, the bulk of which — about 200 jobs — came from the company's Windcrest "castle" headquarters. It was the company's largest round of layoffs in its near two-decade history.

Rhodes helmed what was once San Antonio's largest publicly-traded company through one of its most trying periods. Before the company's sale $4.3 billion sale to Apollo Global Management last August, Rackspace had been in deep transition for years, struggling to shift its business away from data-center hosting and toward cloud services — a "coopetition" strategy to support, rather than compete with, tech giants like Amazon and Microsoft who got into the cloud computing game after Rackspace helped pioneer the field.

Securities and Exchange Commission filings show that Rackspace co-founder and real estate developer Graham Weston made a whopping $600 million from the sale. Rhodes scored at least $22 million from the sale of stock and options. SEC filings also show he's eligible for another $4.3 million if the company determines his resignation was for "good reason."

In his blog post Wednesday, Rhodes says he's "proud to have led Rackspace through a hinge in its history, as we seized the leadership of the young and fast-growing market for managed cloud services, and as we went private under the ownership of Apollo Global Management and its partners." He says Jeff Cotten, the company's current president, will step up as interim CEO. Rhodes also says the company's board has started the search for a long-term CEO and "considers Jeff a strong candidate for that position."

Rhodes says he's leaving to become the CEO of a "smaller private company" based in another city that "does not compete with Rackspace." He writes that he can't yet disclose the name of the company, but that it's currently "going through growing pains and needs a CEO who has been through those tough challenges before."