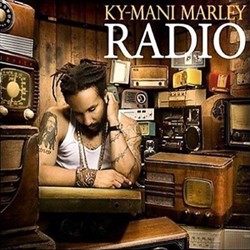 
The question new convertees will obviously ask is: “Does it sound like Exodus?” Well, while you can definitely hear the Marley lineage here, this is more “gangsta Rasta” than anything you’ve heard from the lot of Ky-Mani’s famous half-siblings thus far.

In fact, Radio comes at an opportune moment, just as gangsta has really gone stagnant and can use an injection of new blood from a different direction. Though the album’s single, “One Time,” is the standard, ominous, Dr. Dre-like “don’t mess with me” anthem (the kind that helped to back 50 Cent into the corner he’s presently stuck in), what Ky brings to the hood elsewhere are the best gangsta love ballads you’ve heard in ages — songs that don’t run down women or seem in any rush to kick them to the curb. Even when a woman wrongs this artist, she’s called a Jezebel in a tone that’s more longing than vengeful.

There are no less than three duets with women (Gail Gotti, Mya, and Tessanne Chin) that acknowledge the toll a fatalistic urban lifestyle takes on the women who’ve got his back. On “I Got You,” Mya goes so far as to declare that she’ll be a Bonnie to his Clyde, ready to hide his stash, post his bail, and fire upon his assailants. It’s the best lawbreaking devotional of its kind since felonious Foxy Brown’s “Letter to the Firm.”

And anybody who thinks Marley can’t back up his boasts should listen to how he reads you his own riot act alongside Young Buck on the opening “I’m Back.” And yet, he still conjures up the Kingston vibe from the streets of Miami on “Hustler,” perfectly at home with it. If you like movie trailer-type hyperbole, then try this on for size: Ky-Mani Marley is one neighborhood threat that’s not staying put!