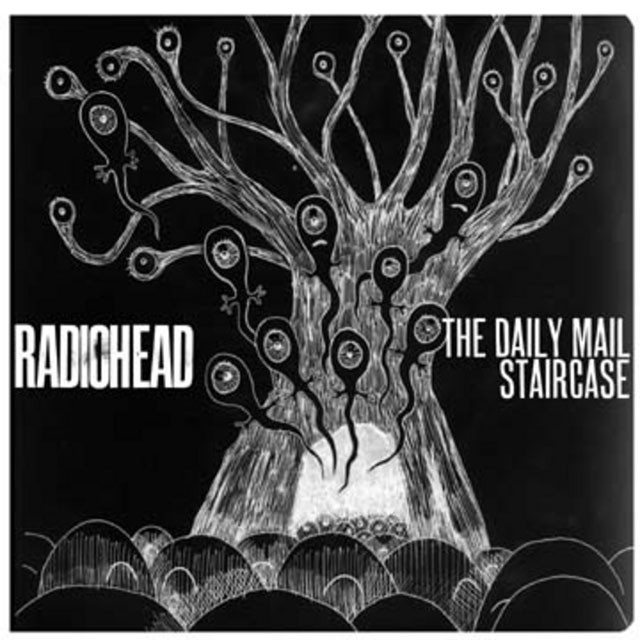 Whether or not you were on board with The King of Limbs' obtuse, electro-organic sound, there's one thing pretty much any Radiohead fan can agree on: At just eight tracks that clock in under 38 minutes, it's too damn short. Thankfully, Thom Yorke and co. have steadily been releasing b-sides, live versions and remixes of Limbs material all year. The latest offerings, "The Daily Mail" and "Staircase," are the best Limbs b-sides by far. The new songs fit right in with the piano ballads and schizoid techno beats that make up King of Limbs, but since these are live recordings (for a forthcoming KOL DVD) they're infinitely more warm and human. "The Daily Mail" starts out as a weary piano number with some extremely Yorke-ian lyrics ("The lunatics have taken over the asylum," "feed you to the hounds") but morphs into a swaggering protest song that actually rocks as Yorke spit-sings over crashing guitars and drums. "Staircase" takes a different tack, with lonely synth pads descending over a Bitches Brew of a groove led by bassist Colin Greenwood, drummer Phil Selway, and second drummer Clive Deamer on a Roland SPD-S sampling pad. "Staircase" is a hell of a track, and while it's a shame that it didn't get included on King of Limbs proper, it's almost better as a reminder that Radiohead aren't just dark wizards of the studio — they're still infatuated with the magic of plugging in, turning up, and jamming with each other.