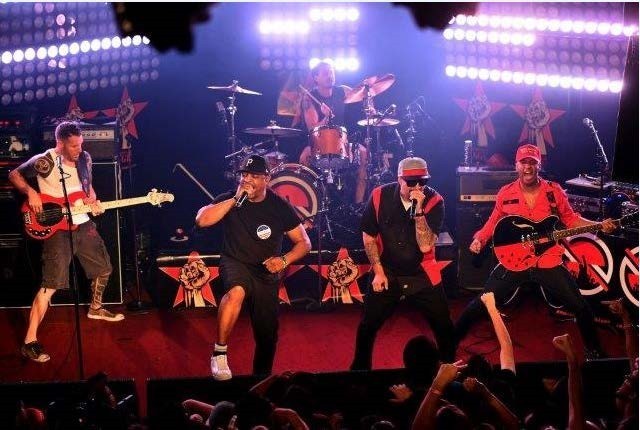 Sure, the AT&T Center isn't the most DIY venue. In fact, as reported by the Associated Press, the multinational telecommunication giant has regularly handed over phone records to the Department of Homeland Security as part of their Hemisphere program for years. Thanks, Big Brother.

Nevertheless, that is precisely where Prophets of Rage, the supergroup consisting of Rage Against the Machine members Tom Morello, Tim Commerford and Brad Wilk, Public Enemy's Chuck D and DJ Lord and Cypress Hill's B-Real, will bring their "Make America Rage Again" Tour on Sunday, October 9.

The venue choice should really come as no surprise. Throughout their respective careers making radical music for renegades of funk, hip-hop and rock, the group's have all utilized mainstream media to get their messages out, attempting to dismantle the master's house with his own tools. Although the revolution is not imminent, their efforts certainly have aided in radicalizing generations of music fans that otherwise may be voting for one of the two puppets running every four years.

As for the tour, which will kick off in Cleveland on July 19, coinciding with the Republican National Convention, Rage guitarist Tom Morello described the makeup and mission of the band as an "Elite task force of revolutionary musicians determined to confront this mountain of election year bullshit." Good luck, Tom. Make those profits of rage.

Tickets for the concert will go on sale this Friday, June 10 and are available from livenation.com and ticketmaster.com. Prices and on-sale times have not yet been announced.