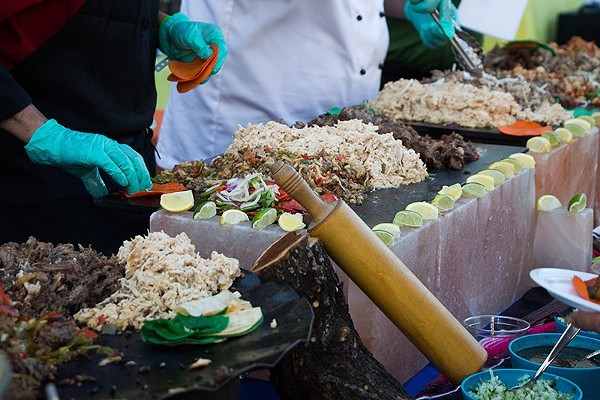 Culinaria's is doing its best to make sure tonight's Best of Mexico event will be enjoyable despite the rain. The popular Culinaria Festival Week event will go on as planned at the Shops at La Cantera (15900 La Cantera Pkwy) from 7-10 p.m., but organizers are moving the foodie festivities to the covered upstairs portion of The Falls on Main Street. If your unfamiliar, this is the portion of the mall where Whiskey Cake and Perry's Steakhouse are located. The event's Tequila Lounge is being relocated to the space above Francesca's and Burger Fi.

Admission is $50 and tickets will be available at the door.