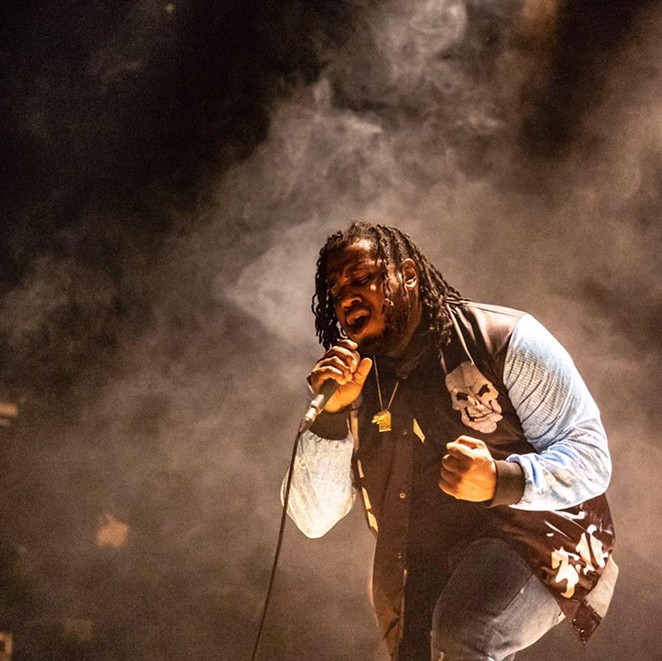 San Antonio has always had really good artists weaving in and out of the city. Some were born and raised here but moved out-of-state, like Neon Indian, while others moved in from out of town like ex-Tsunami Bomb’s Emily Whitehurst. Others have just spent a couple years here to cut their teeth and figure out the sound they really want to show the world.

Claiming S.A. as a launch pad for his own music, Xavier Omär managed to make some big strides in the music industry in the last few years even though he left S.A. back in 2014. He secured reviews in music publications like Pitchfork, XXL and Vibe to name a few, and sold out his first headlining tour, the Pink Lightning Tour, at the end of 2017, which spanned 16 major cities like Chicago, New York, Los Angeles and Vancouver. He also headlined ASICS Tiger’s Sound Mind Sound Body Sessions to launch their spring/summer 2018 line at The Hollywood Roosevelt in January. That same month, his hit “Blind Man” passed 20 million streams.

On top of all this success, he’s also featured on producer Sango’s single “Sweet Holy Honey,” which came out in January and is nearing a million streams. The single showcases Omär's ability to uniquely navigate a track with interesting rhythms, using his breathy vocals that weave in and out of Sango’s melodic chord progressions and beats while serving whispers of John Legend. And despite the Legend reference, the singer still manages to sound very much himself on this song.

His parents still live here and that’s enough for us to claim him as a local.